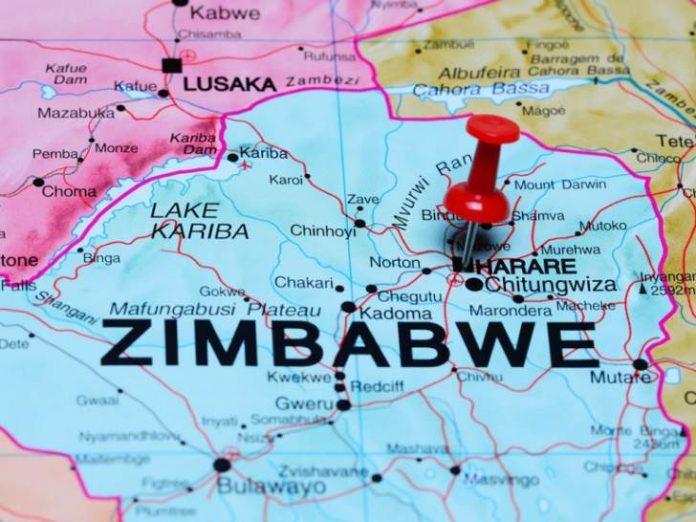 HARARE – Zimbabwe’s GDP will contract by 12.9% in 2020 as drought continues to weigh on agricultural output and energy production from hydropower and as the ongoing currency and liquidity crisis hampers economic activity across the country, the Economic Intelligence Unit (EIU) said. A decline of 18% in 2019.

EIU is a specialist publisher serving companies establishing and managing operations across national borders. For 60 years it has been a source of information on business developments, economic and political trends, government regulations and corporate practice worldwide.

According to its Country Report Zimbabwe 4th Quarter generated recently, in 2021-24 growth is poised to record a steadily increase as better weather conditions facilitate growth in agriculture and a return to domestic hydro-power production, allowing mining activity to pick up.

Zimbabwe requires about 2 200 MW of electricity to meet daily demand but it currently producing below capacity, resulting in power cuts. To augment local production it imports power from Mozambique and South Africa. The southern African country is still recovering from the shocks of cyclone Idai and El-Nino induced drought which characterised the 2018/19 cropping season resulting in crop failure, livestock and wildlife deaths. Recently the country and other international organizations launched a revised humanitarian appeal amounting to US$331.5 million to address the humanitarian needs of 3.7 million people between the periods July 2019 to April 2020. This and among other issues has brought more pressure to the fiscus.

“Nevertheless, continued weakness of tobacco prices is likely to temper investment in the agricultural sector over the medium term. Industrial sectors will register firmer growth, albeit from a very low base, as monetary conditions improve later in the forecast period.

However, it highlighted that international interest in the gold sector will be constrained by a difficult operating environment, although it will attract some investment (primarily from China and Russia).

“Despite reformist rhetoric from the government, we expect limited progress in addressing structural bottlenecks and improving the poor business climate, although mining and energy infrastructure is likely to continue to attract investment,” EIU stated, adding that there remain significant downside risks to our medium-term outlook.

Rampant inflation and plummeting productivity, a protracted drought or a significant drop in commodity prices, EIU said could push the economy into a prolonged recession well beyond 2020.

As expected inflation will average 165.5% in 2020 after averaging an estimated 205.2% in 2019). “Rapid inflation has been driven by sustained currency weakness, particularly on the parallel market, foreign-exchange shortages and the ongoing drought, which has severely reduced agricultural and hydropower production,” it said.

Despite the treasury anticipating inflation to decline by year end, EIU highlighted that the southern African nation’s inflation will fall sharply in 2021 to 8.3% backed by strengthening of the currency and the high base of comparison.

In 2022-24 inflation is expected to moderate further, to an annual average of 5.7%, as confidence in the currency and the government are gradually rebuilt.

“However, there is a substantial downside risk to these forecasts. If the government is unable to address cash shortages and if it reverts to the disastrous policies used previously and prints ever larger amounts of money to finance deficits, a return to hyperinflation could ensue,” it said.

In February 2019, as part of the country’s currency reforms, the RBZ introduced a new currency, moving away from the previous fixed-rate “bond notes” regime. The new Zimbabwe dollar was initially in the form of real-time gross-settlement (RTGS) dollars, but moved to include physical notes later.

Although the RBZ had said that the Zimbabwe dollar would be allowed to float freely, EIU noted that the new currency has been managed through the placement of a number of restrictions on withdrawals of US dollars from foreign-currency accounts, limiting access to companies (particularly those that generate export earnings) rather than individuals and thereby depressing demand.

EIU said the apex bank continues to intervene in the market by selling some of its limited foreign-exchange reserves.

“US dollars will remain scarce as exports are low and Zimbabwe is largely cut off from international capital markets, and restricted access to US dollars will continue to push consumers and businesses towards the informal market. The June ban on the use of foreign currencies was designed to reduce the spread between the official rate and the parallel-market rate,” said EIU.

However, the spread has generally remained wide, with both rates depreciating sharply.

“US dollars will also continue to be used widely throughout the economy, owing to the depreciation of the Zimbabwe dollar. We expect the currency to depreciate to an average of Z$16:US$1 in 2020 (although it is considerably weaker on the parallel market). The suppression of demand through limited access to the currency will continue to temper depreciation, which we believe would be much more rapid otherwise.”

On the other hand exports are expected to contract in 2020 due to the ongoing economic crisis. But domestic output, according to EIU will remain constrained by drought, limited access to foreign exchange for imported inputs and extended power shortages.

“This will constrain output in the mining sector, while falling commodity prices will reduce the value of the tobacco crop, another main export for the country. In 2021-24 we expect exports to rise as production capacity increases, although limited investment in the country will hamper output,” EIU stated.

Ferro-alloys, platinum and gold will continue to dominate export earnings, although diamonds are an increasingly important source of export revenue. Imports will increase in 2020, driven predominantly by purchases of food and power, to compensate for the reduction in agricultural and hydropower output caused by drought.

The services account will remain in deficit in 2020-24, as tourism receipts will remain weak, owing to the cyclone decimating infrastructure and the ongoing economic and political crises. In the same vein, the primary income account will also remain in deficit, driven by profit remittances by mining companies; the deficit will shrink in 2020, before picking up in 2021-24. Also, the secondary income surplus will widen in 2020 as aid inflows (bypassing the government, because of sanctions and mistrust) rise.

The surplus projected to narrow in 2021-24 as these inflows moderate as the economy improves. Overall,EIU forecasted that the current-account deficit will widen to 3% of GDP in 2020 from 2.3% of GDP in 2019, as imports increase and exports decline. In 2021-24 the deficit will gradually widen further, to 4.2% of GDP in 2024, as aid inflows decline.