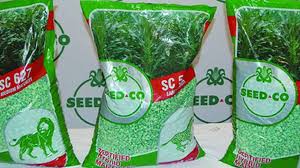 Farai Mabeza
EQUITIES research firm IH Securities has forecast a 6.6 percent year on year growth in revenue for Zimbabwean regional agri-seed manufacturer SeedCo International driven by the development of new drought resistant varieties and the acquisition of a new arm in South Africa.
In an earnings update for the company, IH Securities said that due to emerging risks of global warming and erratic rainfall the company’s research and development team was focusing on producing more drought and disease tolerant varieties.
New drought and disease resistant maize seed varieties were released in Kenya, Ghana and Zambia.
SeedCo recently acquired Alliance Seeds South Africa which will be equity accounted as it is a joint venture between SeedCo International and Limagrain.
“It is our view the group’s top line will be positively impacted. We therefore forecast a 6.6 percent year on year growth in revenue to US$64.12 million for FY20 (financial year 2020) up from US$60.14 million in FY19 (2019).
“We expect gross margins to come in at around 50 percent in FY20 up from 49.7 percent in FY19,” IH Securities said.
An earnings before interest, taxes, depreciation and ammortization (EBITDA) figure of US$11.82 million is anticipated in FY20 compared to the US$9.78 million last year, yielding an EBITDA margin of 18.4 percent versus 16.3 percent in FY19.
“As a result, we anticipate that for FY20 the group will be profit making and therefore forecast a profit after tax of US$4.87 million which is a 28.8 percent improvement from US$3.78 million achieved in the prior comparable period,” IH Securities said.
Going forward the company has opted to maintain US$ as their presentation currency.
Tweet
Share
Pin
Share
0 Shares