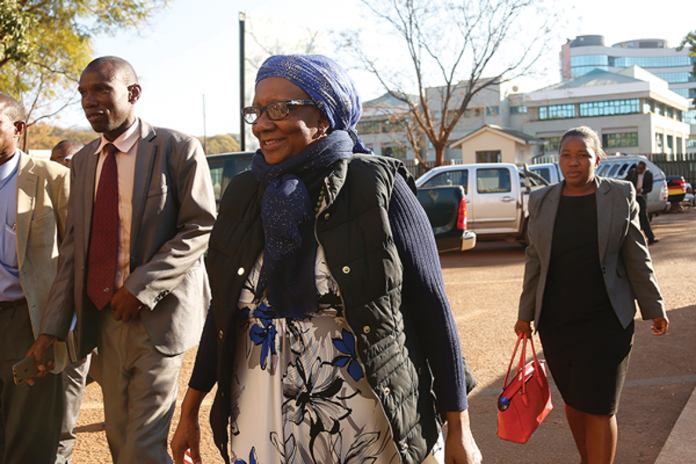 Former Tourism Minister Prisca Mupfumira is reportedly mentally unfit to stand trial with her lawyer saying she can only do so after three months.

Mupfumira’s lawyer, Charles Chinyama, made the application at the Harare Magistrates’ Court today.

The ex-minister is jointly charged with former Public Service, Labour and Social Welfare secretary Ngoni Masoka on criminal abuse of duty and concealing a transaction from a principal matter.

Chinyama said Mupfumira had recently undergone an operation and had not yet recovered hence she could not stand trial.

“The accused person is still unwell and cannot stand trial your worship. Just after her release from custody on bail, the accused person started experiencing mental depression which saw her visiting a psychiatrist who recommended that trial proceedings be postponed for a period of between six weeks and three months until she recovers,” he said.

Chinyama said a serious trial could only be done at the beginning of April next year when the defence can take proper instructions from Mupfumira.

He further argued the defence had not received the state papers in time to prepare for the trial.

The lawyers received the papers on Friday last week.

In response, prosecutor, Clemence Chimbare, said since the trial had been set for the whole week, the defence had ample time to prepare.

On Mupfumira’s illness, Chimbare argued that the defence could have submitted the doctor’s letter, dated November 21, 2019, earlier to the state.

On her mental illness, he further argued that an independent psychiatrist’s assessment was necessary.

“The three months postponement being sought by the defence is not in the best interest of justice.

“We need to verify the reports that have been produced by the defence. We need to obtain reports from a government doctor as a well as from a psychiatrist to determine whether the accused person can’t stand trial,” he said.

The psychiatrist who examined Mupfumira is expected to testify on Friday this week.