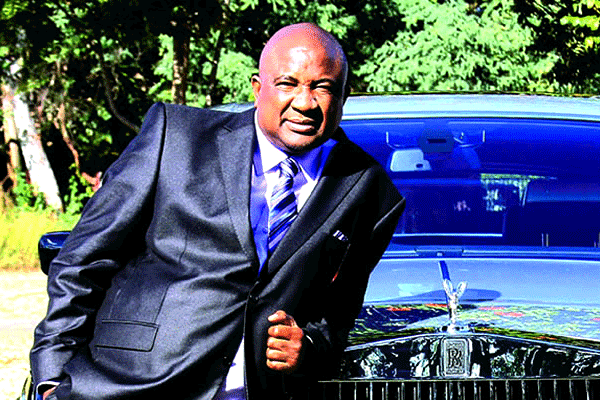 A security guard at flamboyant businessman Philip Chiyangwa’s house along Crowhill Drive in Borrowdale has been arrested for allegedly stealing goods worth over ZW$420 000.

Zebediah Mushangwe (27) Domboshava appeared at the Harare Magistrate Court charged with theft which he partially pleaded guilty to.

Prosecutor Benjamin Chikerema alleged that Mushangwe stole 82 roofing sheets but the guard argued that he only took a toilet seat and 20 sheets.

Mushangwe will be back in court on December 19 for trial but will be out of custody after he was granted $400 bail.

Allegations are that sometime between July last year and October this year, Mushangwe who was guarding Chiyangwa’s Borrowdale property, stole a toilet seat and 82 by 10 metre iron industrial roofing sheets.

The matter was only discovered when Mushangwe was arrested for stealing diesel from Chiyangwa and that is when he reportedly confessed that had also stolen industrial roofing sheets.

After his arrest, Mushangwe allegedly led to the recovery of the toilet seat and 20 roofing sheets.

De-dollarisation is possible; but authorities must first have control of domestic credit