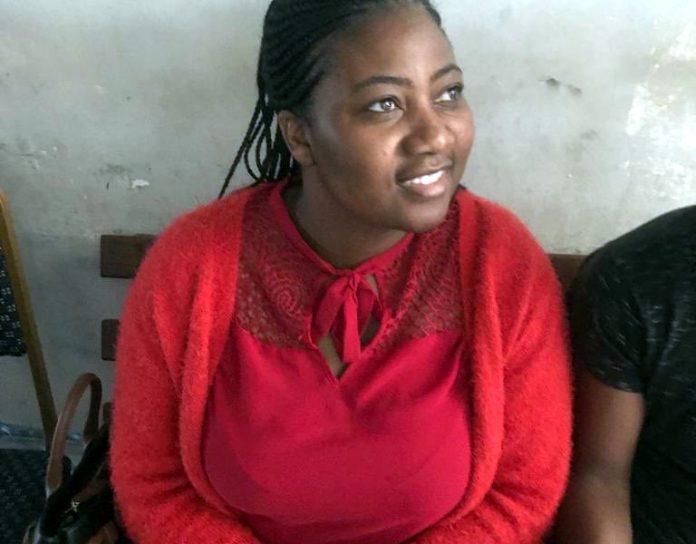 MDC-A legislator Joanah Mamombe, who is facing allegations of subverting a constitutional government, has applied for refusal of further remand arguing that she has not been tried nine months after her arrest.

Led by her lawyer Jeremiah Bamu, Mamombe argued that reasons being given by the state for failing to give her a trial date were “unjustified and unreasonable.”

She further argued that her first appeared in court on March 3 this year with the state seeking postponements.

“In the request for remand Form 242, the police had indicated they needed up to the 4th of April 2019 to complete investigations and record statements from seven witnesses.

“The police were just being dishonest. There is/was nothing to investigate and no witnesses were required.

“At the same time of accused’s initial appearance, the investigating officer one Detective Sergeant Raphael Chakama had the video and the translation of the same. He used it in opposing bail to the accused,” Bamu said.

The defence further argued that the reasons being given by the state were not genuine adding that Mamombe’s rights were being violated.

“Accused’s rights to a fair and speedy trial before an impartial Court have been violated. Besides the remand procedures adversely affect accused’s other rights such as right to free movement.”

Bamu said Mamombe had surrendered her passport as part of her bail conditions.

“Accused has to frequently come to court for remands and cannot move freely in and outside the country.

“There is no justification for any further remand. Accused is a Member of Parliament. She is also of fixed aboard. She has been religiously attending court,” he said.

Bamu further told the court that Mamombe once had her passport released before traveling and returned it.

“She has demonstrated that she can be trusted. The Accused person is the kind of person who can be removed from remand and be called by way of summons should the State put its house in order,” he said.

In opposing the application, prosecutors submitted that given the offence Mamombe was facing there had not been any inordinate delay.

“There has been progress in this matter to such an extent that the docket is now with the prosecutor general awaiting indicts. The process of indicts is not a walk in the park and does take time,” they said.

Harare magistrate Victoria Mashamba will rule on the matter on January 23 next year while Mamombe was given back her passport till January 15.

Allegations are that on January 14 this year, Mamombe addressed a press conference where she urged people to overthrow the government.

Meanwhile, MDC-A secretary general Charton Hwende who is facing similar charges of subverting has also given notice to the court he will apply for refusal of further remand when he appears in court on his next remand date on February 28 if he is not given a trial date.