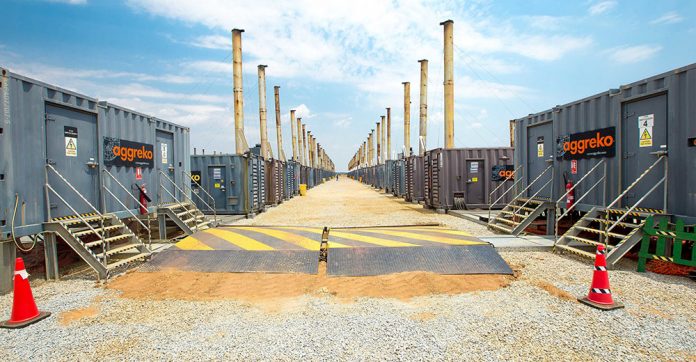 Kudakwashe Tagwirei’s Sakunda Holdings is sweating over US$48 million that it owes to its London-Stock Exchange listed technical partner, Aggreko accumulated from the now defunct Dema Diesel Power Generation plant.

The Anchor is reliably informed that Sakunda has been battling to settle the debt which has since been classified under locked funds by the Reserve Bank of Zimbabwe. It has also further gathered that RBZ has ordered Sakunda to prove that the claimed locked funds were indeed genuine.

This comes amid reports a deal, shrouded in secrecy and controversy, is under consideration for government to take over the power plant for a handsome fee.

A source close to developments said Sakunda has been running back and forth to settle the debt which is starting to become a challenge as forex shortages hamper payments.

“Sakunda is having challenges settling the US$48 million it owes to its technical Aggreko and the funds have been classified as locked funds under the RBZ. This debt keeps on accumulating, the more Sakunda holds on to the Dema Diesel Power plant while it remains mothbold.

“At the moment there is communication going on between Sakunda and RBZ with the hope to settle the debt with Aggreko. RBZ has since instructed Sakunda to prove that the funds are indeed locked funds,” said the source.

Efforts to get a comment from RBZ Governor and Tagwireyi were fruitless.

The US$250 million plant which was set up to provide emergency power in the wake of electricity shortages due to low water levels in Kariba Dam.