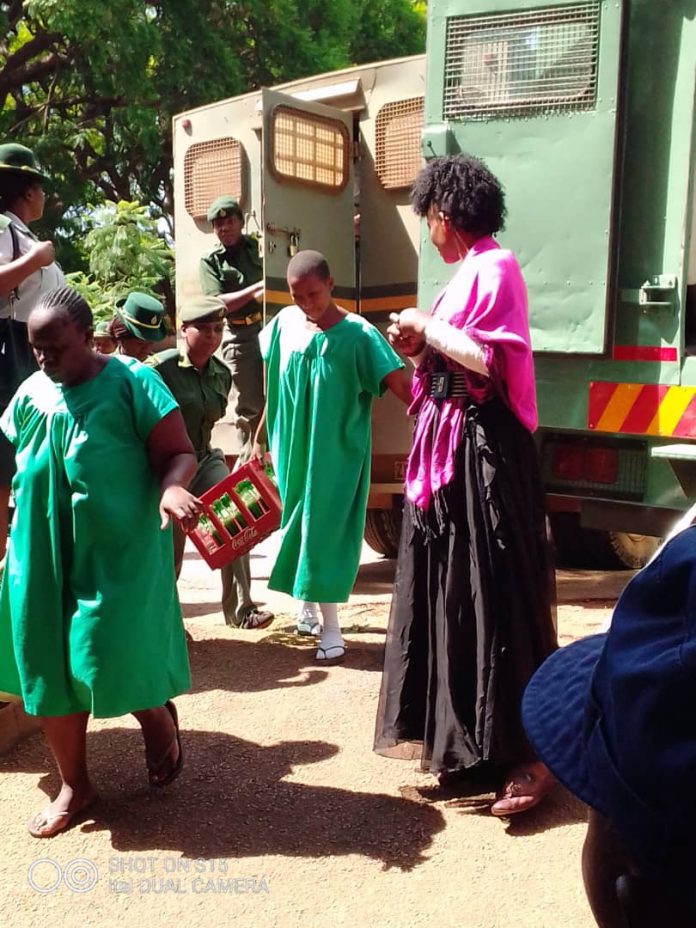 VP Chiwenga’s wife Marry could not have attempted to kill her husband as she is still recovering from serious injuries suffered during a suspected grenade attack at a Zanu PF rally at White City Stadium in Bulawayo last year, her lawyer Taona Nyamakura told the High Court this morning.

In his submission to Judge Pisirayi Kwenda, Nyamakura said Marry, nee Mubaiwa, needed constant medical care for the injuries sustained in the attack.

Marry is facing attempted murder charges after she allegedly tried to kill her seriously ill husband who was admitted at a South African hospital.

However, after viewing the pictures, Judge Kwenda said the pictures could not be tendered as evidence they could end up in the public domain.

Nyamakura argued that it was “nonsensical” to suggest that Mubaiwa dragged the VP off his bed considering her state of injuries which were obviously worse six months ago.

He further submitted that reading from the facts on the charge sheet, there was no indication that Marry attempted to kill VP Chiwenga.

He said the charge sheet only indicated that Marry wanted to cause serious harm to her husband.

Nyamakura said the facts on the charge sheet seemed more like a Hollywood script.

He further argued that that Marry would not abscond as the case had no merit.

In opposing bail, Prosecutor Lovett Masuku argued that Marry was facing a serious offence which could induce her to abscond the jurisdiction of the court.

Masuku further argued that since Mubaiwa was a person of means, she could relocate to South Africa where she has properties.

Meanwhile, on charges of externalisation, money laundering and fraud, Marry, who was represented by Advocate Sylvester Hashiti, argued that the magistrates’ court misdirected itself by denying her bail as there were no cogent reasons for that.

Marry is facing six counts of externalization and five counts of money-laundering involving US$2 million while the fraud charge she allegedly tried to solemnise her marriage to VP Chiwenga who was bed-ridden.

However, Advocate Hashiti argued that Marry was still innocent until proven guilty and her liberty must not be interfered with.

He also argued that Mubaiwa should not have been charged in her personal capacity but should have represented her company where she is a chief executive.

“A company is a legal persona, accused allegedly committed the offence through her company. If the company is convicted, the director won’t be put in prison so why is the appellant in prison? Why was bail denied? That’s a blatant misdirection,” he argued.

Advocate Hashiti also submitted that Marry would not interfere with witnesses some of whom were senior judicial officers.

In opposing the application, Prosecutor Sharon Fero said there was a high risk that Marry would flee if granted bail as the case against her was very strong.

She argued that from the facts, cognisable offences had been established and they were very serious which could make her abscond.

Fero submitted that while Marry was the chief executive, she personally directed the transactions hence she was criminally liable.