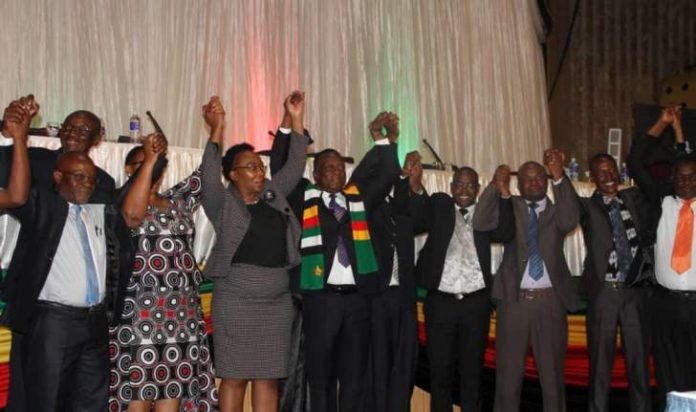 A group of losing presidential candidates who are in talks with President Emmerson Mnangagwa under the political actors dialogue (Polad) will this weekend meet in Bulawayo where they would be dissecting the country’s political situation.

The group which is made up of fringe parties that participated in the 2018 presidential elections has partnered Zanu PF to discuss the crisis in the country.

According to a post from MDC-T Vice President Obert Gutu, the actors thematic committees would be in Bulawayo from January 10-11.

“Polad thematic committee meetings in Bulawayo January 10-11, 2020. Polad is the only game in town,” said Gutu.

The grouping has selected some of its party members to be in thematic committees and these include the reform committee, the state of the economy, re-integration committee and social security committee.

Late last year, the group which is without the mainstream opposition led by MDC of Nelson Chamisa, tabled a list of demands to Mnangagwa.

The group expects to get funding from government since there has not been any since the formation of the platform in May last year. The group requested to have vehicles, allowances and other perks on the pretext that “this is a big and national project.”

Mnangagwa pledged to fulfil the demands.

Eighteen political parties  are in Polad and they include the National Constitutional Assembly led by Lovemore Madhuku, People’s Rainbow Coalition leader Lucia Matibenga and MDC-T lead by Thokozani Khupe.

These parties garnered less than 2% of total votes in the 2018 elections.

At the Bulawayo meeting, the political actors will have their hotel and transport expenses all paid for by the state and they will have allowances drawn from the Office of the President budget.