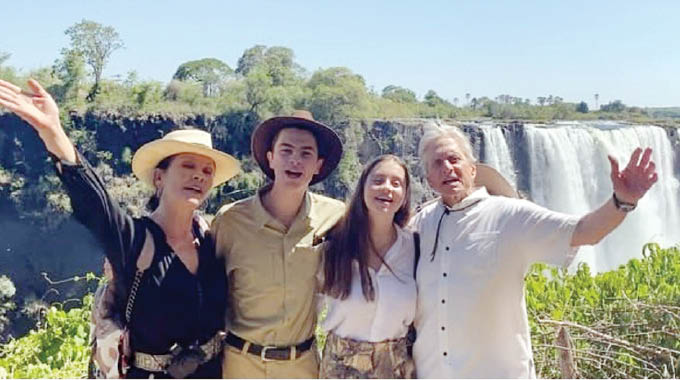 AS tour operator, Darryl Mugodhi, recalls dealing with a flurry of enquiries from visitors developing cold feet about their planned holidays at the Victoria Falls, his frustrations become evident.

What happened was that towards the end of 2019, there were a number of reports in the international media, which took not only people in Zimbabwe by surprise, but shocked the rest of the world.

The unsubstantiated reports claimed that Victoria Falls, one of the world’s seven wonders, was running dry.

The reports immediately caused anxiety among tour operators in Victoria Falls and in the tourism industry, in general.

The Victoria Falls are the centerpiece of Zimbabwe’s tourism industry.

Not only were the stories untrue but they were a major threat to the livelihoods of an entire town and industry.

“These reports were absolutely inaccurate and sensational, only! What was photographed and reported, was the dry section of the Falls that dries up every year during certain months.  And yes – bookings were affected, with many enquiries on whether the visitors should still come if in fact the Falls are dry,” Mugodhi says.

The pictures and videos went viral on social media. While the discussions centered on the impact of climate change there was one interesting take from American economist Steve Hanke who in a Tweet, later deleted, pointed the finger of blame at the government.

“Another sad example of the mismanagement and decline of Zimbabwe,” Hanke said.

Zimbabweans who read the Tweet were perplexed. The Falls’ entire catchment area lies outside the country’s boundaries. So where was the connection with mismanagement in Zimbabwe?

Various media outlets carried different stories but all with a common thread; Victoria Falls was no more. The water was going.

It hadn’t been a good year for the Falls as far as social media was concerned.

A few months before that American comedian Steve Harvey visited the Falls and posted pictures of the majestic natural wonder on social media praising its beauty.

The post garnered a lot of attention including from singer Anita Baker who expressed her desire to also pay a visit. Then, to the surprise of many, all hell broke loose.

Some Zimbabweans including MDC president Nelson Chamisa’s spokesman, Nkululeko Sibanda, were outraged by the posts and demanded that the comedian take it down.

Sibanda alleged Harvey had been paid by the Zimbabwean government to market the falls.

Would that have been a bad thing if true?

Not long after that Zimbabweans woke up to the headlines screaming Victoria Falls runs dry.

As Mugodhi alluded to, Victoria Falls has seasonal patterns and cycles which it has faithfully stuck to since records began.

Peak water flows are usually experienced around April, May and June. With the months just before the rain season recording the Falls’ lowest volumes.

Despite all the controversies, interest in the falls appears undiminished, at least from the locals and a number of international celebrities.

“The number of visitors over the festive season was very similar to previous years.  But it should be mentioned that most of these are local visitors and the region,” Mugodhi says.

During the same period the Falls also enjoyed a number of high profile visitors who also took to various social media sites to post their holidays pictures and videos.

Hollywood star Michael Douglas and his equally famous wife Catherine Zeta Jones were there with their family.

“Zimbabwe – we’ve never seen anything like this rainbow. Or these falls. Look at God. Thank you for bringing us joy,” she posted.

European football governing body, UEFA president Aleksander Ceferin, also found himself in the country recently and talked about how the reports had affected perceptions from his homeland.

“First of all, we loved our visit to Zimbabwe,” Ceferin said.

“Many people said to me ‘why are you going there?’ ‘There is nothing, even water is missing now’”.

Mugodhi added: “I believe these VIP visits, if allowed to be placed on social media, certainly help in ‘selling’ the Falls.”

Another Victoria Falls businessman, Peter Jones, recently wrote an open letter to a journalist who came up with one of the contentious reports.

“For those of us living at the Victoria Falls both in Zambia and Zimbabwe, we are picking up the pieces after your whirlwind of a visit to incorrectly inform the world that the mighty Victoria Falls was in danger of drying up.

“I have heard some tall stories before, but this one really takes the biscuit.

“We have all lost bookings and business in some way as a result of your misinformation and some people’s lives have taken a very definite turn for the worse,” Jones said.

Despite that storm Victoria Falls appears to be resilient and still holding its own.

Zimbabwe was recently placed in the top 24 destinations for 2020 by global media house Bloomberg with Victoria Falls getting a special mention alongside other attractions in the country.

Is this the rise of the Phoenix?

Many in the tourism industry believe Victoria Falls, especially the Zimbabwean side of the majestic wonder, would continue to attract the  world.

Former tourism and hospitality industry minister Walter Mzembi, once argued that the Victoria Falls can best be described as a beautiful women, and to get the best view one has to visit Zimbabwe.

He argued that Zimbabwe possessed the best view of the Falls hence tourist would continue flocking the front side of the majestic natural wonder.