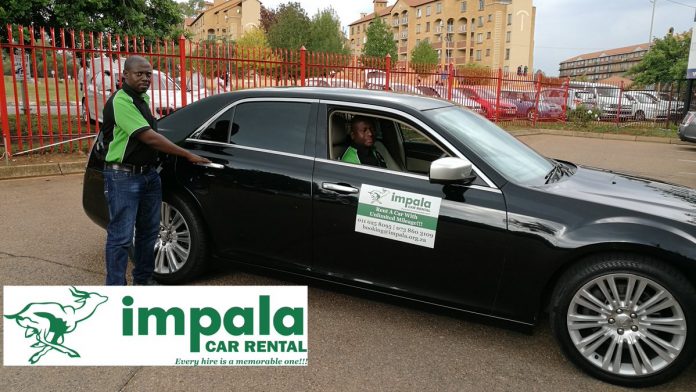 The development, according to chief executive Thompson Dondo, was part of the company’s target to expand its footprint across the SADC region. He said Impala Car Hire was seeking to establish a vibrant car hire service in Southern Africa with their next target being Windhoek, Namibia.

“We want to give people from this region our services and we have set up a branch in Central Lusaka in Zambia. Since we started early January, business has been positive while the response has been encouraging,” he said.

The Zambian operation started with a fleet of 25 cars. “We will be adding more vehicles according to the market response. Our hope is to spread wings in Zambia and get into several other cities,” he said.

In South Africa, individuals make the largest part of their clientele.

“The market in South Africa is dominated by individuals and that makes business better,” he said.

“Business has not been well for us in Zimbabwe because we need foreign currency to buy new vehicles. We cannot afford to go for a while without a new fleet of cars and that has been one of our major setbacks,” he said.

Dondo also expressed concern that insurance companies in Zimbabwe were under-valuing some of their vehicles.

Impala Car Hire has four branches in Zimbabwe – two in Harare, one in Bulawayo and another in Victoria Falls.