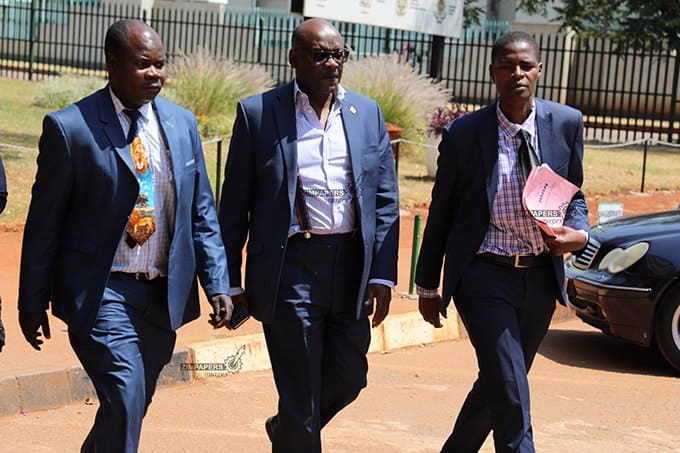 Former health and child welfare minister David Parirenyatwa has applied for discharge on grounds the state has failed to prove any case against him.

The Zanu-PF politburo member facing charges of criminal abuse of office charges after he allegedly directed NatPharm board chairperson Dr George Washaya to terminate the contract of Flora Sifeku as managing director while showing favour for Newman Madzikwa.

Madzikwa had been fired from NatPham for reportedly selling drugs donated to the national drugs distributor.

In his application for discharge after prosecutor Brian Vito closed his case, Parirenyatwa said two witnesses Dr Washaya and former permanent secretary Dr Gerald Gwinji had clearly absolved him of any criminal intent.

He argued that there was no need for him to be put on his defence.

Through his lawyer Advocate Deepak Mehta who was instructed by James Makiya, Parirenyatwa further argued that first witness Walter Nhau’s evidence had several flaws and did not prove any wrong doing.

“The prejudice suffered by NatPharm was unquantified by this witness when pressed to itemise and quantify loss and shows just how much value this witness was to the state case.

“His evidence with its flaws and clearly contrived basis to paint accused in any improper manner should be dismissed as having absolutely no bearing on the case or the elements required to prove the offence,” Parirenyatwa’s lawyer argued.

He also argued that Washaya’s evidence ended up backfiring for the prosecution as it absolved him of any wrong doing.

“It is no small wonder that the state had to elect to declare this witness hostile but the resultant effect of the totality of his evidence is that the two diametrically opposite versions effectively contradicted each other and the result is that there is no effective evidence to be relied on by the state to prove anything against the accused,” he told the court.

Parirenyatwa further submitted that Gwinji’s evidence was similar to that of Washaya which stated that he had done his duties with full consent of the overseeing ministry and that there was nothing wrong in his decision.

“The witness also confirmed that Newman Madzikwa had been employed by the ministry for his perceived good educational standards obtained after his unfortunate exit from NatPharm in 2009 and that there was nothing wrong in him being seconded to NatPharm from the Ministry of Health,” he said.

Prosecutor Vito will respond to Parirenyatwa’s application next Tuesday while Harare magistrate Elijah Makomo is expected to make a ruling on February 14.

Parirenyatwa also applied to have temporary release of his passport saying he wants to attend a health conference in South Korea.