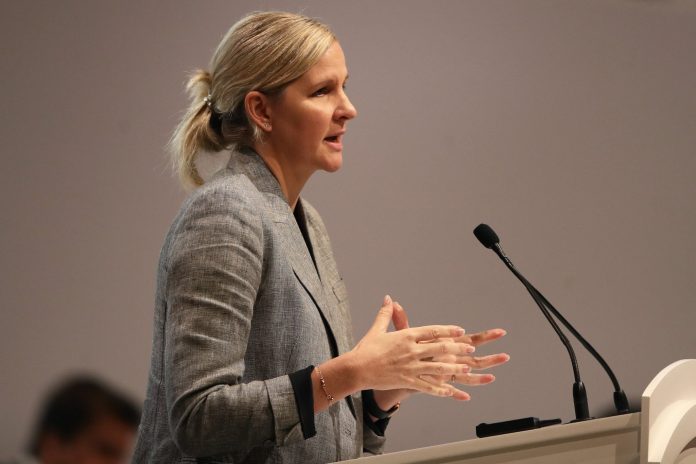 Zanu-PF deputy secretary for Youth Affairs Lewis Matutu has taken a dig at Youth, Sport, Arts and Recreation minister Kirsty Coventry whom he described as invisible.

Addressing Zanu-PF supporters in Raffingora recently, Matutu said Coventry was a minister ‘who is there- but not there’. And this, he said, weighed on how her large portfolio, which also contains the key youth constituency, is performing.

This is not the first time that Matutu has called out senior government officials for non-performance and also corruption. Last year, the outspoken Zanu-PF youth leader released a list of political and government leaders including the party’s secretary for administration Obert Mpofu for allegedly being corrupt.

However, in his latest outburst, Matutu said Coventry, who apparently is on leave, was being outpaced by her deputy Tinoda Machakaire, a member of the youth league.

“We are happy that youths are doing well in several aspects but my worry is on our minister who is there but not ‘there’. We are now looking up to her deputy who is doing well in furthering the agenda of the youth,” he said.

Matutu said it was important for Coventry to understand the youths’ needs to assist them in moving forward as they also constitute the future of the country.

“We need people who understand us as youth because we are part of the electorate. She needs to understand that as we unite to achieve vision 2030. Our President is doing well in making sure the youths are being capacitated,” Matutu said.

The Zanu-PF youths leader joins a band wagon of artistes and sports’ personalities who have accused Coventry of being too  passive.

Coventry has been criticised for failing to solve issues affecting the Zimbabwe Football Association among other sports organisations.

She has also been thrown under the bus for failing to deal with issues to do with piracy.
Others have also accused Coventry of focusing on minority sport giving little attention to other sectors of her ministry.

Coventry, one of the technocrats in President Mnangagwa’s cabinet is unpopular in Zanu PF circles as she is seen as a person who lacks political strength needed to navigate Zimbabwe’s treacherous rough political terrain.