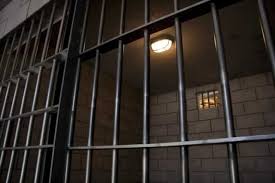 Businessman and socialite Genius “Ginimbi” Kadungure will spend the night in custody pending a bail ruling tomorrow after being dragged to court for allegedly evading paying US$58 000 import duty for a Bentley he shipped into Zimbabwe.

Prosecutor George Manokore assisted by Sheila Mupindu opposed bail for Ginimbi arguing that he was facing a very serious offence and could abscond.

Mazhawidza argued that Ginimbi could temper with evidence the police intend to get from South Africa where the car was imported from.

Ginimbi’s lawyer Advocate Sylvester Hashiti, instructed by Jonathan Samkange, submitted that his client had voluntarily surrendered himself to the police.

He further argued that Ginimbi had not fled the court’s jurisdiction despite facing a more serious offence in another matter.

It is the State’s case against Ginimbi that sometime last year, the businessman went to LSM Distributors (PVT) Ltd, trading as Bentley Johannesburg, in Melrose, South Africa where he bought a Bentley for R3 281 784.

It is alleged that when Ginimbi arrived at the Beitbridge Boarder Post’s Zimbabwean side, he connived with his agent Alexander Gumbo and forged the vehicle’s value to R1.9m.

The court heard that on December 22 last year, they then scanned the forged documents before uploading them on the ZIMRA Ascuda System for duty processing.

Acting on the alleged misrepresentation, ZIMRA officials charged US$81 000 duty instead of US$139 665 leading to an actual US$58 665 prejudice in unpaid duty.

Simon Lovemore Chigwanda is representing ZIMRA in the matter.