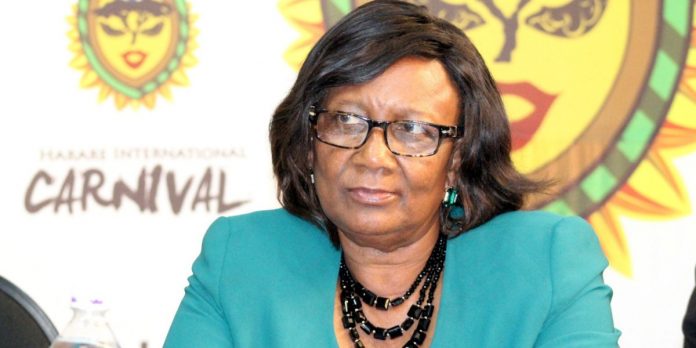 The much-awaited trial of former cabinet minister Prisca Mupfumira kicked off Wednesday morning with the court finally adjourning well into the night.

The trial in which Mupfumira is jointly charged with former Public Service, Labour and Social Welfare secretary Ngoni Masoka for criminal abuse of office was delayed after the two applied for exception of the charges.

The two are also accused of concealing a transaction from a principal.

Lawyers representing Mupfumira and Masoka, Advocate Thembinkosi Magwaliba and Farai Mushoriwa, respectively, argues that the charges did not show that the duo committed any offences.

However, Harare magistrate Munamato Mutevedzi ruled on the application shortly after 6pm with prosecutor Clement Chimbari indicating that they were ready to have Mupfumira and Masoka plead to the charges.

Mupfumira’s second lawyer, Advocate Sylvester Hashiti, however, argued that the court had sat beyond business hours.

The sentiments were echoed by Advocate Magwaliba who said though their application excepting to the charge had been dismissed and it was not a prerequisite for Mupfumira and Masoka to plead forthwith.

Chimbari insisted that Mupfumira and Masoka had to plead before the case had to be adjourned for the day.

Mutevedzi ruled that the trial could continue today.

Meanwhile, in dismissing Mupfumira and Masoka’s application for exception to the charges, Mutevedzi ruled that it had no basis as issues raised can be dealt in their defence.

He said that part of the charges which were defective, can be amended without any prejudice to Mupfumira and Masoka.

Allegations against Mupfumira and Masoka are that sometime between March 2015 and July the same year, the two took a US$90 000 loan from NSSA without Treasury’s approval.

The duo allegedly bought a Toyota Land Cruiser VX-L200 for Mupfumira while she was entitled to a Mercedes Benz E300.

On the other criminal abuse of office charge, it is claimed that from October 2016 to December that year, the two authorised payment of US$10 215 and R113 539 from the ministry’s drought fund account to pay for air tickets, hotel accommodation and taxi services for ministry officials and Mupfumira’s relatives to attend her daughter’s wedding in Cape Town, South Africa.

It is further alleged that Mupfumira and Masoka corruptly concealed a transaction from a principal when in June 2017, they failed to reveal that the Toyota Land Cruiser had been bought by NSSA funds on behalf of the ministry, and the former minister ended up having three official cars instead of two.