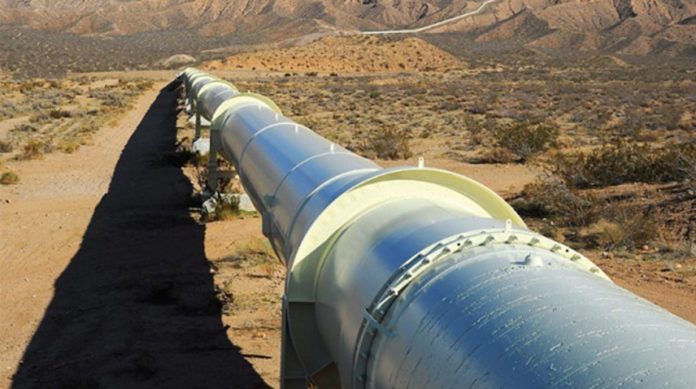 Former politician Eddie Cross is reportedly at the centre of the long-running feud between Christopher Mutsvangwa and business tycoon Kudakwashe Tagwirei, as the soon to be octogenarian, along other top ranking officials, is pushing for a South African company to take over control of the country’s fuel pipeline.

The feud, which has since turned political, comes amid reports that Mutsvangwa is also the power behind former Zanu PF youth leaders  Godfrey Tsenengamu and Lewis Matutu who recently were suspended from the ruling party for indiscipline.

Mutsvangwa and Cross have for the longest time been pushing for Mining Oil and Gas Services to take over control of the country’s fuel pipeline or alternatively to construct a second fuel pipeline, which would extend beyond the current one.

The company, which has strong political links in Zimbabwe, has been angling to get a slice of the fuel industry since 2013 where it was reported that its move to make forays into the fuel industry had created schisms in President Robert Mugabe’s administration. This was because the company had sought a gateway  then through the Ministry of Defence instead of the Ministry of Energy.

Through its links, the company has also tried to poke at fuel regulation in the country, saying that there was need for the country to revise its laws to ensure that the commodity is properly regulated particularly over the use of the pipeline.

But now, it seems the fight to bring in MOGS has been resuscitated, a situation, which has laid bare the self-serving divisions within the ruling party; Zanu PF.

Sources privy to the ongoing feud said that soon after Operation Restore Legacy in 2017, Cross and Mutsvangwa approached Vice President Constantino Chiwenga with a view to rubbish the arrangement Tagwirei had on fuel through his international partners, Trafigura.

“Just after restore legacy Mutsvangwa and Cross met VP Chiwenga and made a scathing attack on Trafigura and Sakunda purporting that the two companies were bringing fuel into the country duty free while they were also manipulating the prices,” said a well-placed source.

After their submissions, the Vice President advised them to meet President Emmerson Mnangagwa over the allegations. Subsequently a team was set up to investigate this claim which led to a meeting where Tagwirei was asked to present all fuel transactions from 2010 to 2017 as a way of checking consistency in pricing,.

The investigations by the team set up by the President Mnangagwa revealed sharp differences on what was obtaining on the ground and what Mutsvangwa and Cross had told the presidium.

“It was discovered that fuel being brought in by Trafigura was paying duty through oil companies; prices were lower than what others were offering at that time, and Trafigura was the third largest financier of government projects to the tune of US$1 billion  after African Development Bank and Afreximbank.  This discovery saw the claims by the two being thrown out  as their narrative lacked merit,” said another source.

MOGS was asked by government to bring their proposal to the table which included the purchase of the 50 percent stake from Lonmin for US$40 million. “In the proposal, MOGS wanted to build a second pipeline and to become shareholders in the strategic underground storage in Mabvuku. They proposed to give government a loan of US$22.7 million on condition that they get 25 year lease of the pipeline and at that time MOGS were not aware that government had also approached Tagwirei for the money. Of the loan, Tagwirei managed to raise US$17.7 million at 6 percent interest rate,” said the source.

“Mutsvangwa and Cross were promised US$2.5 million if they could have structured the MOGS deal. The two also approached Tagwirei with two different groups of Chinese to buy chrome as they thought Tagwirei owned Landela and Sotic, a deal which fell by the way side. Mutsvangwa then used his monthly income of US$200 000 from a local chrome mining company to paint Tagwirei’s businesses black,” said the source.

Research reveals that Tagwirei had a near monopoly in the fuel sector during the Government of National Unity when he controlled 80 percent of the market share. He partnered Trafigura in 2013 on condition that monopoly was going to be reduced to between 30 and 40 percent.

“The deal was meant to pay legacy debts which Tagwirei cleared. When you look at the through-put agreement,  a third of the pipeline utilisation later increased to 60 million litres. Currently capacity utilisation of the pipeline is at 70 percent meaning anyone who wants to use the pipeline can do so at any given time and the notion that there is monopoly is a farce as the pipeline is now wholly-owned by government,” said the sources.

Mutsvangwa, has in the past accused Tagwirei of sponsoring his political foes in Norton during the 2018 elections, which he lost. But sections of the party are now questioning why Mutsvangwa is always quick to jump to the fuel pipeline issue whenever Tagwirei is attacked by politicians.

The latest attack also comes as Tagwirei is on the verge of acquiring Jumbo and Shamva mines from Metallon Zimbabwe, a move which is said to have angered Matutu and  Tsenengamu who are running small scale mining activities at Jumbo Mine.

“The two heard that Sotic which bought Bindura Nickel Corporation and Freda Rebecca  is on the verge of acquiring  Jumbo and Shamva Mine. Tsenengamu is now fronting the anger of Zanu PF politburo member Kenneth Musanhi who wanted the former Asa Resources mines but had no money to complete the commercial  transaction,” sources said.