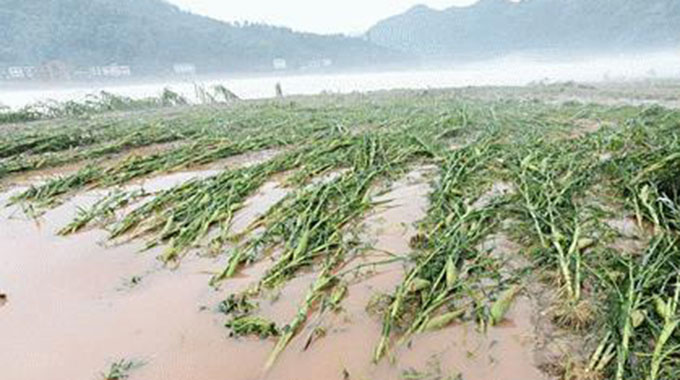 The floods have already claimed one life while 21 families were affected.

The Meteorological Services Department forecasts heavy rains in most parts of Zimbabwe while some areas are expected to receive more than 50mm of rains in 24 hours.

In an interview, Churu said: “Recent assessments by the District Civil Protection Committee [in Binga] are indicating that more people could be affected by the flash floods.”

He said government was mobilising food and non-food items for those affected by the floods.

“Government has already dispatched more than 100 tents and blankets to the affected people and the DCPC is working to contain water borne diseases that might arise in the affected areas,” he said.

The Department of Civil Protection has indicated that heavy rains were received in the Chizarira National Park and floods affected the Nsukwale Area under Chief Sinakoma.

Zimbabwe in the past few months has received heavy rains leading to flash-flooding affecting areas such as Hwange and Gokwe-Nembudziya.

More than 350 people died in the eastern parts of Zimbabwe when Cyclone Idai affected Chimanimani, KChipinge and some parts of Masvingo.

De-dollarisation is possible; but authorities must first have control of domestic...