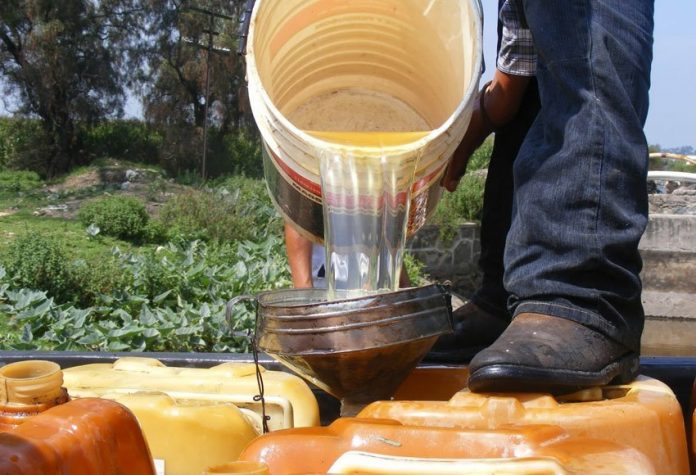 South African commodities company, Mine Oil and Gas Services has for the past seven years been trying to get a slice of Zimbabwe’s US$1 billion fuel industry.  This article traces how MOGS has been attempting to break into the fuel industry including bankrolling regime change activities.

The company first came into the country at the behest of former Energy and Power Development Minister Elton Mangoma, who was also MDC -T deputy treasurer general at that time. MOGS sought to acquire 50 percent of the Feruka pipeline from LonMin in 2012.

“At that time the proposal came under Royal Bafokeng who were said to have a lot of money which they were willing to invest in the country. Elton Mangoma was the minister of Energy and Power Development then. Within its party circles the project was dubbed the first major project MDC-T would implement ‘when they win 2013 election.’ The Royal Bafokeng Project involved Mangoma, Tendai Biti , Eddie Cross and William Nyemba (formerly of Trust Bank). It had been agreed that this was going to be the project that would finance MDC into the future,” said well placed sources.

Under the proposed structure, government would waive it’s First Right of Refusal to buy 50% of the pipeline from LonMin. Royal Bafokeng would then buy the 50% from LonMin and be given a management contract to run the line, which is a departure from current arrangement where NOIC manages the strategic stock.  The new shareholders would also build a second pipeline which they would also manage, and this would remove control from Government to Royal Bafokeng.  The contract would be for 25 years.

It’s understood that Mangoma as Energy Minister wrote the waiver letter on behalf of Government, without seeking Cabinet Approval.

A source heavily involved in the fuel deal during the government of national unity said fissures emerged in the opposition on the percentage the party would hold. “The chief architect of the noise; Tendai Biti, argued that Mangoma should not be party to this transaction going forward as he was not really MDC.”

Sources say Biti hatched a plan with Eddie Cross where they roped in the late MDC President Morgan Tsvangirai.

“Tsvangirai then invited the King of Royal Bafokeng to Zimbabwe and hosted a dinner in Zimbabwe a few weeks before the election. This dinner was to launch the new friendship and partnership between Royal Bafokeng and MDC and how they were going to finance their activities from the loot. Mangoma was not invited to meetings and  angered by their behavior Mangoma started throwing spanners until Biti and Mangoma patched their differences.

“Agreements were hurriedly drafted and pushed through the NOIC – MDC run board at that time. Two days before the elections, Secretary of Energy and power development then Justin Mupamhanga who was being sidelined by Mangoma instructed the then Chief executive officer of NOIC not to sign until after the elections. The election came and MDC lost,” said the source.

Even after elections  Biti,Cross and Nyemba tried to get this deal done in no avail despite opting to sideline the use of Royal Bafokeng because it was political and therefore the deal would not go through.

While the discussions were still on going, MOGS roped in former President of Mozambique Chissano suggesting that an agreement to build a second pipeline on the Mozambican side had been reached and what was left was for Zimbabwe to agree. “But amidst these discussions, Public Investment Corporation(PIC) approached the army asking why the Government was not seeking direct funding from them and coming through a third party (MOGS),” said another source.

“Unknown to everyone the then Minister of Justice Emmerson Mnangagwa was doing his own investigations which revealed that this was really a Biti, Mangoma and Cross transaction and that he was unhappy for the pipeline to managed outside Zimbabwe. He was equipped with information from the army, so he approached President Robert Mugabe with his findings and in the following cabinet meeting the deal was thrown out and the entire NOIC board was fired. This was in  April 2015 ,” sources said.

However after Operation Restore Legacy, Christopher Mutsvangwa became advisor to the President and through his association with Cross  he tried to revive the MOGS pipeline deal.

Sources said Mutsvangwa went to the war veterans and asked them to support the deal because they would get 10% free carry as war veterans.

The President is said to have agreed that the MOGs deal can go ahead on condition
that MOGS would build its own separate pipeline and that government and MOGs will hold equal shareholding. MOGS would also not participate in the current pipeline and that NOIC will get the management contract for both pipelines,” said the source.