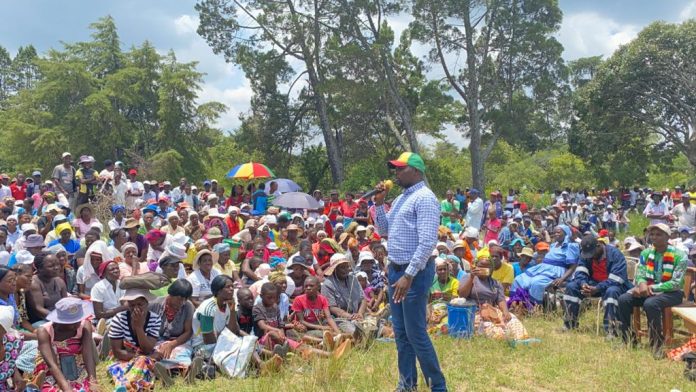 “We all know that he is the Deputy Minister of Youth, one of the most demanding ministries in Government, but he always come back to the people. That is what we want as the Youth League… because President Emmerson Mnangagwa always tells people that we are their servants as leaders,” he said.

Chirau urged the youth to always learn from people who have recorded success stories in their lives especially in business.

Speaking at the same event, Machakaire said he appreciated the gesture shown by the youth league national executive members of visiting his constituency.

“This is a kind gesture by the members of the Youth League. We want to appreciate that. In Wedza we talk development, in Zanu PF we fight corruption and we all support President Emmerson Mnangagwa’s 2030 vision,” he said.

Machakaire blasted corrupt social workers from Wedza saying they were taking advantage of food aid to fleece people of their money.

“No one should pay towards the transportation of food. I made it clear that I will be responsible for that. We know all the delays you are doing…stop it now. We have no room for corruption in this constituency,” he charged.

The youthful MP also took a dig at ambulance technicians who are charging ZW$5000 to ferry people to referral hospitals.

“I am the one who donated the ambulance to the constituency because I want people to get assistance but if you are charging exorbitant fees then it does not serve its purpose. I can take care of servicing and fuel  costs on condition that you do not abuse the car,” he fumed.

Machakaire has been applauded as one of the few MPs who are in touch with their constituencies.

Govt slows down on capital expenditure as it posts surplus in...