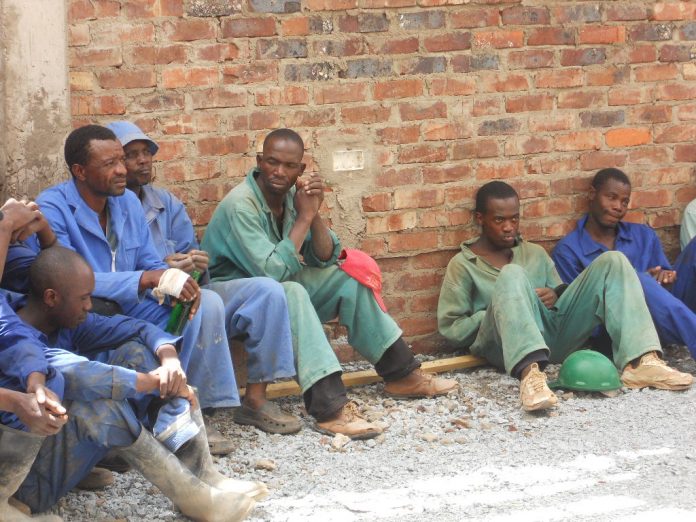 A group of executive directors from the African Development Bank visiting Zimbabwe have expressed concern over the rising poverty levels in urban areas.

According to the AfDB, the seven-member delegation of executive directors of the African Development Bank visited Zimbabwe on a week-long fact-finding mission.

The delegation held meetings with a number of officials including President Emmerson Dambudzo Mnangagwa.

The delegation also met officials from various ministries, civil society, private sector and multilateral financial institutions, during which they were briefed on the current macro-economic, social and political environment in Zimbabwe.

“During the meeting with President Mnangagwa, the delegation appreciated ongoing reform efforts initiated since January 2019 as part of the government’s Transitional Stabilization Program 2018 -2020 under the IMF Staff Monitored Program (May 2019 – March 2020).

“They welcomed the president’s pledge to recalibrate the Program, which aims to implement a coherent set of policies that facilitate a return to macroeconomic stability.

“The reforms include introducing necessary policy and institutional reforms for private sector-led growth, addressing infrastructure gaps, and launching quick-wins to stimulate and restore growth,” the Bank said in a statement today.

He added: “We need more assistance as a country, more so, as we embarked on substantive economic reforms based only on domestic resources without help from the international community.”

However, the directors noted that despite some positive results, reform coordination in the country remains a challenge, against a backdrop of a continuing general rise in poverty levels, especially in the urban areas.

Zimbabwe is also still feeling the after effects of Cyclone Idai, which hit the country in March 2019, and the 2019/20 drought, which has left more than 8.5m people (three million of whom are in urban areas), food insecure.

The delegation also visited several Bank-funded projects, including the Post Cyclone Idai Emergency Recovery and Resilience Programme (PCIREP), implemented in the Chimanimani district, which was severely affected by Cyclone Idai.

The project, funded to the tune of US$24.7m, focuses on public infrastructure interventions aimed at re-establishing sustainable livelihoods and kick-starting economic activities of the affected population.

The directors commended the government’s rebuilding efforts in Chimanimani and other parts of the country, and reiterated the Bank’s commitment to the people of Zimbabwe and the country’ economic development agenda.

The group urged perseverance in the implementation of reforms and called for early normalization of relations with development partners, which would help unlock more substantive external resources for Zimbabwe, including from the African Development Bank.