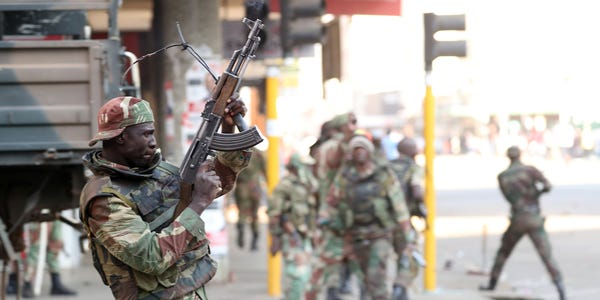 Zimbabwe has expressed dismay after US President Donald Trump on March 4 wrote to Congress requesting to extend sanctions imposed on Zimbabwe.

In a statement, information, media and broadcasting services secretary Nick Mangwana called for patience from the international community as government implements reforms.

In his message to Congress, President Trump said Zimbabwe has had ample opportunity to implement reforms that could set the country on a constructive path, stabilize the southern African region while opening doors to co-operation with the United States.

He said this could have been implemented after President Mugabe’s resignation in November 2017 and subsequent death in September last year and the July 2018 harmonised elections.

“Unfortunately, President Emmerson Mnangagwa’s administration has yet to signal credible political will to implement such reforms.

“Indeed, the Zimbabwean government has arguably accelerated its persecution of critics and economic mismanagement in the past year, during which security forces have conducted extrajudicial killings, rapes, and alleged abductions of numerous dissidents.

“These actions and policies by certain members of the Government of Zimbabwe and other persons to undermine Zimbabwe’s democratic processes or institutions continue to pose an unusual and extraordinary threat to the foreign policy of the United States.”

President Trump said he had since determined that it was necessary to continue the national emergency declared in Executive Order 13288 with respect to Zimbabwe.

However, Mangwana said it was strange that the US government characterizes Zimbabwe as posing an extraordinary threat to its foreign policy.

“We do not seek to interfere with the foreign policy or interests of any nation and we have no history of doing that. Our community is to the development of our country and the delivery of socio-economic outcomes to our people,” he said.

He said government’s commitment was on Zimbabwe’s development and delivery of socio-economic outcomes to the people.

Mangwana also objected to the “unfounded assertion that its security forces engaged in acts of extrajudicial killings and rape against its own citizens in the last year.”

He said acts of criminality were subjected to the criminal justice processes of the country.

“We have embarked on a pathway of reform because it is in the best interest to do so and it is also necessary to align our policies and programmes with our constitution.

“We, therefore, call upon those nations who wish our country and people well to partner us and be patient us as we continue to undertake these reforms towards meeting the aspirations of our people.”

The US imposed sanctions against Zimbabwe in 2003 accusing government of perpetrating gross human rights abuses against its people.

The sanctions, imposed under the Zimbabwe Democracy and Economic Recovery Act, are subject to extension each year on the recommendations of the US presidency.