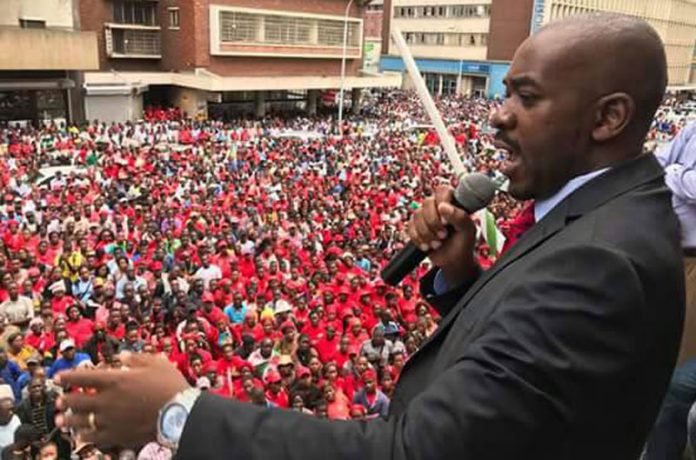 The duo was fired together with former national chairman Morgan Komichi with immediate effect.

Announcing the decision in Harare, the party’s deputy national chairman Job Sikhala said the trio has decided to dine with their rivals Zanu PF.

“The MDC Alliance has noted that Morgen Komichi, Douglas Mwonzora and Elias Mudzuri have decided to cooperate with Zanu PF and the state.

“They, therefore, have expelled themselves from the MDC Alliance and are forthwith relieved of their positions and membership in the party.

“They are further withdrawn from all positions to which they had been deployed by the party.”

He said these replacement would be announced later.

Sikhala also announced the withdrawal of the MDC-A legislators from parliament activities.

“All MDC Alliance MPs will forthwith suspend all participation in Parliament and disengage from all platforms in which the party has to interact with Zanu-PF pending consultations with the constituencies, the electorate and Zimbabweans at large on the decision for a total withdrawal from parliament,” he said.

Sikhala said they will soon roll out programmes of action to deal with the legitimacy issue.

“The MDC-A will roll out a programme of action together with civil society, professional bodies, churches, labour, business, war veterans, political parties, women and youth groups,” he said.

The outspoken MP said they were not making empty threats.

“You think I can risk my life during this time of the Covid-19 pandemic and leave my life to make an empty threat? That is not the case give us time this will soon come to an end,” he said.

The MDC-A was a coalition of opposition parties that contested the 2018 harmonised elections and the recalled MPs were reportedly seconded to the Alliance by MDC-T.

However, Zanu-PF dismissed allegations that they were involved in the problems affecting the MDC formations.

The party’s national secretary for administration Obert Mpofu told journalists after a politburo meeting the problems in the opposition part was a result of legal processes.

A leadership wrangle emerged with the MDC following the death of founding leader, Morgan Tsvangirai in 2018 and subsequent ascension of Nelson Chamisa.

However, a member of the MDC structures from Gokwe challenged Chamisa’s rise to the presidency and the High Court ruled that the latter had illegally taken over the leadership of the MDC-T.

The higher court restored the 2014 party structures that were there before his ascendancy.