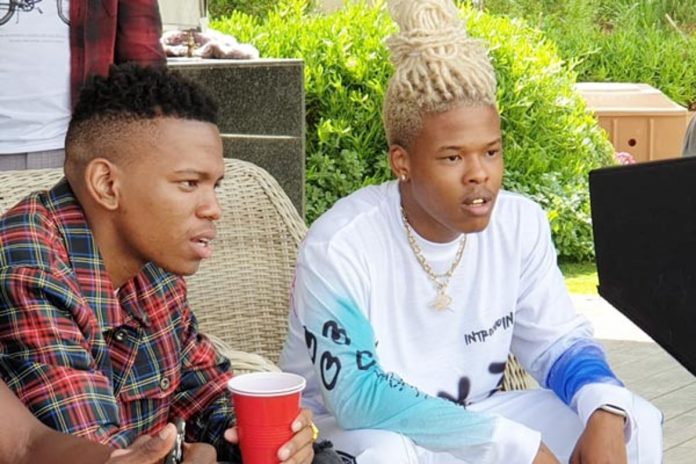 The company, through its representative Diana Schweinbeck, confirmed the development.

Through her twitter handle Schweinbeck said they have taken on-board three African hip-hop musicians that include King 98, Nigeria’s Ice Prince and 2Baba.

The company will distribute and market their music, though the two parties could not reveal how much the deal is worth.

King 98 told the Anchor that the platform was good as they would penetrate different markets.

“We will be getting in different markets now because of the distribution network the company has. The ball is now in my hands to create good music and I promise fans the best,” he said.

The young musician said the deal would encourage him to work hard to push his brand.

“I have been challenged to release more music and very soon there is going to be a big collaboration coming. I am glad that this deal will open several other avenues for me and my brand,” he said.

He said the company approached him because they wanted hip-hop musicians with African background.

On Friday last week, the trio performed in a virtual concert that was hosted by V-103 International, which was partnering the United States Census 2020.

More than 14 million people viewed the concert and the trio did not disappoint.

The show was meant to support the fight against racial injustice and spreading the message of the importance of the American 2020 Census.

“It was a great show that was viewed by millions of people across the globe. I am happy with the new contract and I hope to use the opportunity to make more music and improve the King 98 brand,” he said.

According to Cinq Music websites, the music company offers services from “rights management to brand management, we increase value and maximise collections.

“We are a music and entertainment company built for the future.”

King 98 marked his entry into the music scene with his first album Francesca, which was released last year in May at a launch that was graced by some of the continent’s biggest names in music including South African hip-hop sensation Nasty C, Mozambican Laylizzy, Nigerian Davido and South African diva Nadia Nakai.

He has done collaborations with Nasty C and LayLizzy on the song Wacko, Shoko (with Ex-Q) and Nigerians Davido on No Bad Vibes and Zlatani Ibile on Pull Up.