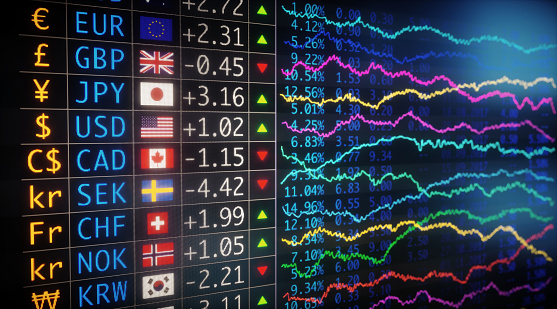 The US$2 billion that has been allotted to corporates through both the main auction market and the SME’s auction market is too little to spur the country’s economic growth.

In its Weekly Review, Zimbabwe Coalition on Debt and Development {ZIMCODD} said the demand for foreign currency, even by a few selected priority sectors, exceeded the $2 billion availed in a year, adding that this could pose the danger of the parallel market moving in to fill the gap.

It said if the government was serious about achieving the National Development Strategy Number one {SDG1} growth targets, it should channel more resources to the auction market, noting the limited funding was constricting productivity.

“Essentially, if we assume that the auction market is the sole supplier of forex to the productive sector, then US$2 billion is too little an amount to re-ignite the economy to productivity. Deductively, the rate of economic growth could be better if more resources were availed to industry given the limited availability of forex in the economy,” ZIMCODD said.

Development Economist Prosper Chitambara concurred, saying the amount was far less than the import requirements bill of the country.

“It’s been more than a year now since the inception of the auction system and we are saying just about $2 billion has been allocated, so my view is that that’s insufficient to satisfy the foreign currency requirements of the economy. When you look at our import numbers on average our import bill is around $4 to $5 billion so the $2 billion obviously is insufficient to satisfy the total requirements of foreign currency by the whole economy,” he said.

He however,  said there had been a gradual improvement on a monthly basis in terms of allotment of foreign currency although the economy still required more.

“As the economy is recovering it also means the demand for foreign currency increases,” he said.

Chitambara emphasised the need to mop up the foreign currency that was floating in the informal market through reforms that could engender greater confidence in the economy.

“One such reform is the further liberalisation of the foreign exchange auction system so that it is fully reflective of the dynamic market forces of demand and supply for foreign currency,” he said.

Renowned economist, John Robertson said the solution lied in the total banishing of the parallel market.

‘Only about a third of the imports are paid for with foreign currency from the auction, so the rest is costing twice as much. The black market exchange rate should not exists and the Reserve Bank of Zimbabwe should be asked to explain why they let it continue,” he said.

Punitive exchange control regulations  in the country have pushed most traders to transact on the parallel market and there is need for the relaxation of the laws to attract traders to the formal money market .

Africa should produce vaccines on the continent – AfDB President