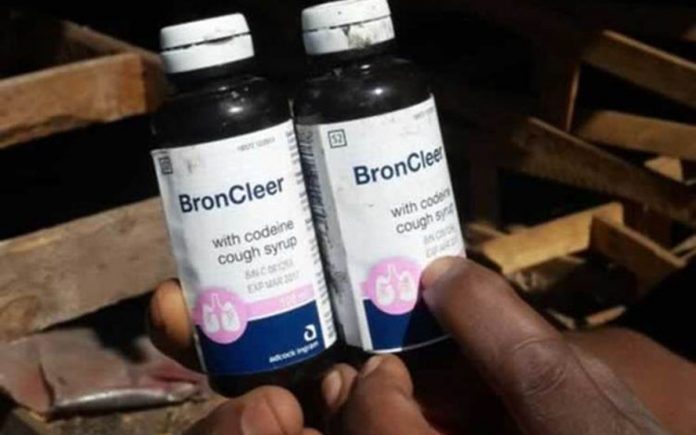 The video, which attracted close to 70 000 views on youtube, shocked and excited people in Zimbabwe and others across the globe.

“Ndirikutambudzika baba. Zvadzoka,” Jah Love responds in tears before his brother begins to narrate the musician’s ordeal with drug addiction.

This is not the fragile but gifted artist’s first visit to Magaya with the same problem.

The brother talks about how Soul Jah Love is disposing off his possessions to finance his drug problem.

Soul Jah Love’s battle with addiction has been long and it threatens to destroy one of ZimDancehall’s most loved performers.

The video was met by an outpouring of sympathy from fans and well-wishers.  His battle with drugs has always been very public.

Tragic as the story is, it helps shed light on the kind of help that is unavailable to people suffering from a problem that is steadily rising in Zimbabwe and could tear the country’s youth apart.

Widespread addiction to hard drugs is a relatively new phenomenon in Zimbabwe and the society is still to come to terms with it.

The Musaka family’s plea for help to Magaya is not only a matter of faith but there are not that many options for people with drug problems in the country.

In the video Magaya proceeds to pray for Soul Jah Love.

Experts say the church does have a role to play because it can provide spiritual counselling but insist that addiction can only be dealt with effectively through proper rehabilitation services.

“While spiritual leaders can help with basic counselling given that some of the victims of drug abuse cite social problems as the cause, the best way to deal with this scourge is proper rehabilitation by professionals in an environment that facilitate that change process. Escaping from the jaws of drug abuse requires a lot,” says Takemore Mazuruse.

“We don’t have adequately trained people to handle the level of substance issues in the country. But the number of trained personnel is increasing.

“Under government, we don’t have any dedicated drug abuse rehabilitation centre but we do have drug programs running within the psychiatric units that we have.

“In private, we have two that are currently operational and we know that more are under development. We have others that are not necessarily drug rehabilitation centres but are psychosocial support units for example Alcoholic Anonymous,” Chirisa said.

Chirisa says that studies have shown that one out of every 10 people who take alcohol has an alcohol use disorder.

But even more worryingly for Zimbabwe, there has been an increase use of hard drugs such as cocaine and meth, diazepam and the cough mixture Broncleer, commonly referred to as bronco.

Users vary from the affluent with money to spare to unemployed youths and artisanal miners across the country.

According to Chirisa, more and more people coming to state health institutions are suffering from substance use related issues.

“We are seeing more cases of cocaine use, the use of meth. We also see meth being used by artisanal miners trying to keep themselves awake underground.

“We know, for example, that at the government hospitals like Parirenyatwa and Harare Hospitals at least 60 percent of admissions are as a result of substance abuse induced illnesses but this is at tertiary level.

“There are quite a number who use but are not coming there. When someone comes it’s usually because they have developed psychosis. But you can develop depression, you can develop anxiety disorders which might not come to a tertiary institution.”

Soul Jah Love could end up being one of the fortunate ones because of his fame.

He is likely to receive help which if he is able to take could take him out of his mess. There are many more out there not so fortunate.

Mazaruse said it was unfortunate that for a country that is battling with such a big societal issue there are very few institutions that can deal with the challenge.

“There are very few institutions available and again they are beyond the reach of the average citizen who is more prone to drug abuse.

“It therefore calls for organisations involved in this fight together with funding partners to rise to the occasion and play their part.

“Government on its part also need to deliberately direct more attention towards this fight beyond their current efforts.”

There are different hotspots across Harare where these drugs are sourced by users. Soul Jah Love was notorious in the Avenues are where he would be found passed out for days.

Crystal meth is the common name for crystal methamphetamine, a strong and highly addictive drug that affects the central nervous system.

Usually, users smoke crystal meth with a small glass pipe, but they may also swallow it, snort it, or inject it into a vein. Users in Harare use makeshift pipes made from broken light bulbs.

A user can become addicted quickly and soon finds he will do anything to have the rush again. As he continues to use the drug, he builds up a tolerance. That means he needs higher doses to get the same high. The higher the dose, the higher the risks.

One hopes that Soul Jah Love will emerge out of his latest bout with the dark world of drugs. Zimbabwean art would be poorer without his music. But he is just one of many who need help.

Even though the availability of medical assistance is limited, Chirisa says it remains the best possible help for people with these addictions though other methods have been found to be useful as well.

“Drug addiction is a brain disorder just like any other medical condition. It requires a medical approach. However, there are a number of approaches. Some are medical. Some are psycho social. All of them have been seen to work. There are some that are evidence based,” he said.

Meanwhile, drug use continues to fester in the streets of Harare.