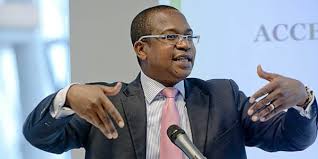 Treasury has slashed by half, the Money Transfer Tax (IMTT) on domestic foreign currency transfers from 4 percent to 2 percent in an attempt to encourage usage of electronic transfers on foreign currency and lessen the demand for hard cash.

In May this year, President Emmerson Mnangagwa increased the IMTT on domestic foreign currency transfers from 2 percent to 4 percent as part of measures to dissuade the market from using foreign currency while promoting use of local currency at the time.

Presenting the 2023 National Budget this afternoon, Finance and Economic Development Minister, Prof Mthuli Ncube said Treasury had noticed that some entities now preferred to settle transactions in cash instead of electronic transfers.

“This measure takes effect from 1 January 2023. 595. In addition, Government will consider reviewing other measures to strengthen the foreign currency system, including the 20% surrender requirement for domestic foreign currency transactions.”

The move is expected to bring relief to business players who have been pushing for a downward review which they viewed as a double taxation given that most transactions are now carried out in the USD currency.

Bankers Association of Zimbabwe earlier this year said the 4 percent tax was putting pressure on hard cash which was already scarce.

Meanwhile the 2023 National Budget has been set at ZW$ 4.5 trillion which will be against revenue projection of ZW$ 3.9 trillion. A budget deficit of ZW$ 585.5 billion is expected to be financed through borrowing.

“How are we going to meet this financing gap? We are going to issue bonds on the VFEX, utilize external loans, issue Treasury Bills in the local market and also drawdowns from the SDRs,” said the Finance Minister.

The economy is expected to grow by 3.8 percent next year underpinned by mining, agriculture, tourism and the exchange rate stability. However, this growth rate will be 0.2 percent slower than that of the current year which is projected to close at 4 percent despite being cut from its initial 4.6 percent target.

Primary Education and Health sectors received the largest chuck of the allocations of ZW$ 631.3 billion and ZW$ 473.8 billion, respectively.