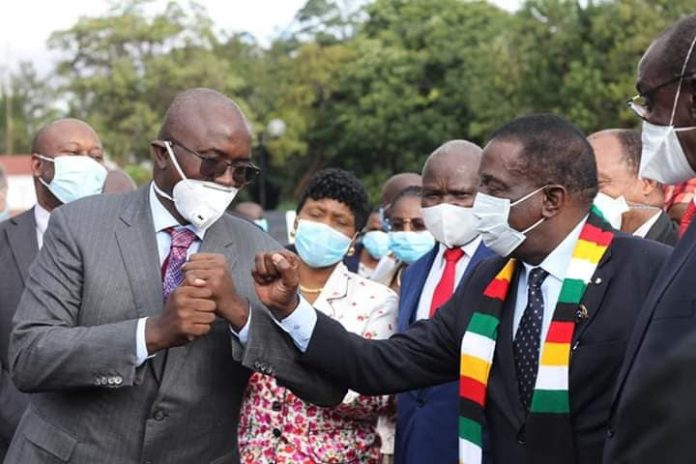 PRESS RELEASE – As largely expected, the U.S. Department of the Treasury’s Office of Foreign Assets Control (OFAC) has today designated Kudakwashe Regimond Tagwirei for providing support to the leadership of the Government of Zimbabwe, as well as Sakunda Holdings for being owned or controlled by Tagwirei.

The designation corresponds with the second anniversary of the Zimbabwean government’s violent crackdown against its citizens who were protesting flawed government elections and the delayed results of the election, which resulted in the deaths of at least six civilians on August 1, 2018.

Tagwirei is a Zimbabwean businessman with longstanding associations to the ruling party in Zimbabwe and high-level Government of Zimbabwe officials, including the current President of Zimbabwe, Emmerson Mnangagwa (Mnangagwa), and First Vice President Constantino Chiwenga, who were listed in the Annex to Executive Order (E.O.) 13288 in March 2003, and the Annex to E.O. 13391 in November 2005, and remain on OFAC’s List of Specially Designated Nationals and Blocked Persons (SDN List).

Tagwirei has utilized his relationships with high level Zimbabwean officials to gain state contracts and receive favoured access to hard currency, including U.S. dollars. In turn, Tagwirei has provided high priced items, such as expensive cars, to senior-level Zimbabwean government officials. Since former Zimbabwe President Robert Mugabe’s 2017 departure, Tagwirei used a combination of opaque business dealings and his ongoing relationship with President Mnangagwa to grow his business empire dramatically and rake in millions of U.S. dollars.

Additionally, Tagwirei is the CEO and founding director of Zimbabwe-based Sakunda Holdings. As CEO, Tagwirei is responsible for the overall strategy and direction of the company, as well as developing and maintaining relationships with key stakeholders, including regulators and clients. Government audit reports prompted a 2019 parliamentary inquiry into whether public funds were misappropriated, revealing the government had failed to account for about $3 billion disbursed under the Command Agriculture program, a state farm subsidy championed by President Mnangagwa and largely financed by Sakunda Holdings.

Additionally, OFAC concurrently removed sanctions on the recently-deceased John Bredenkamp and 20 companies owned or controlled by Bredenkamp including Breco Group. Bredenkamp was designated in 2008.