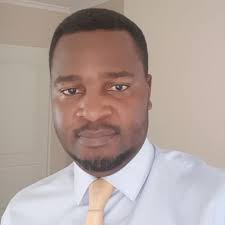 This comes amid rumours that there is disagreement between foreign and local shareholders on the confirmation or appointment of a Zimbabwean as CEO. Arden is Zimbabwean-focused with assets mostly in the hospitality industry. Chris Rock is the major shareholder while local pension funds control 15%

In a statement then, the company had said the business would benefit by transitioning to a Zimbabwe-based CEO and market expectations had put the odds in favour of a Saungweme confirmation.

However this has not been the case as the company has extended his acting role in the latest announcement posted on the Johannesburg Stock Exchange.

The move also comes as questions on the company’s strategy with regards its nature of an investment company continue to be asked.

At the moment, Arden has two major assets African Sun Limited and Dawn Properties begging the question of whether the group is looking to acquire more assets to fully utilise the board’s skill and value. Its implied by the nature of most boards on listed companies or private equity that you would like to extract much value from your own board as possible. An analyst would wonder if the board’s size is worth the capacity of future investments?

The group’s situation is worsened by the lack of diversity behind its balance sheet structure which is dominated by property assets. As an investment company, it should have spread a wider net in its strategic investments, perhaps with an export oriented operation as a hedge against the local economic cycle.

The group could have also strategically diversified geo-graphically and created synergies between those investments. Now the shareholders have had to prop it up through the ZAR86 million rights issue (which was 71% subscribed), with unclear prospects for any value creation or even dividends in the short to medium term. On that note, it would make more sense for the group to target a higher amount for the capital raise, beyond the need to repay the debts and invest it elsewhere where value can be gained. Otherwise, further down the line it is difficult to see the group raising any meaningful capital by other means.