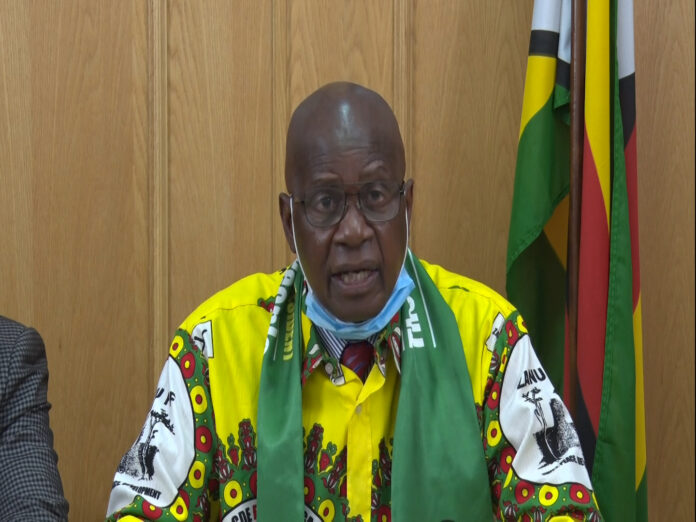 In an interview on television channel eNCA on Thursday morning, Magashule said the Zimbabwean government’s response to citizens protesting against corruption were “uncalled for” a remark Zanu-PF spokesperson Patrick Chinamasa did not take lightly as he  came out with guns blazing.

While South African President Cyril Ramaphosa was diplomatic after announcing the appointment of Sydney Mufamadi and Baleka Mbete over what it terms “difficulties” being experienced in Zimbabwe, the spat between Magashule and Chinamasa indicates strained relations between the ruling parties.

Political analysts believe Chinamasa’s response could be the turning point in relations between the revolutionary parties, who have, over the year stood in solidarity with each other.

However, South Africa has always been under pressure from the world at large for failing to intervene in cases where Zimbabwe has been on the spotlight with many critics expressing concern over its “quiet diplomacy” which was prominent during former President Thabo Mbeki’s government.

Speaking to The Anchor, Harare-based political commentator Rashweat Mukundu said Chinamasa’s responses casting counter accusations on the ANC and its leadership may herald a turning point in relations between the two parties.

“If ZANU PF had simply noted the responses and indicated its willingness to engage the ANC and express its disquiet in private, then the relationship will have been salvaged. As things stand a lot of diplomatic shuttling is needed to get the two parties to friendly terms again,” he said.

Responding to Magashule, Chinamasa said the ANC secretary general should have engaged Zanu-PF national secretary for administration Obert Mpofu before making statements he described as “shocking” and “unfortunate”.

“Zanu-PF has also seen reported issues of rampant corruption allegations against various ANC leaders, where Cde Magashule himself has been implicated, not mentioning the Gupta’s yoke that hovers his neck and shortened President Zuma’s term of office but we have not sought to interfere on such issues which are fundamentally internal by all standards,” Chinamasa charged.

Chinamasa also accused Magashule of being a “collusive” player supporting people who are trying to destabilize Zimbabwe while expressing disappointment that he was keeping company with fugitives from justices.

However, presidential spokesman George Charamba through his Twitter moniker Jamwanda says that Magashule issued a statement on Zimbabwe without ANC authority. “It’s turning out HE ALSO MET WITH G-40 FUGITIVES, contrary to ANC policy. Above all, he not only attacked our country; he also attacked his President in the Party and in Government, Cde Cyril Ramaphosa, accusing President Ramaphosa of victimizing him over PPE procurement scandals that stare him full in his wrinkled face!!”

Zanu-PF argues that deposed G40 members exiled in South Africa are behind a campaign under the hashtag ZimbabweanLivesMatter which has since gone global and putting government under immense pressure.