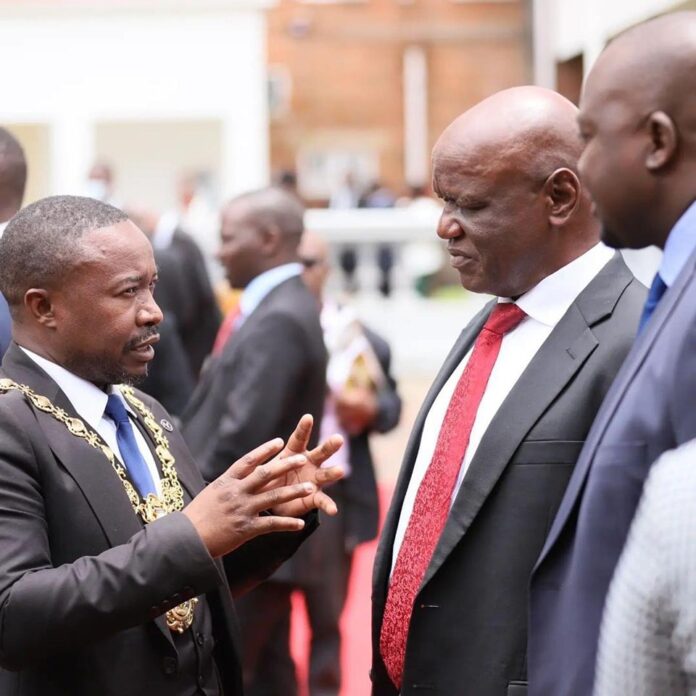 Mayor Jacob Mafume says Council is using own funds and City Parking mostly for road rehabilitation and maintenance in the City as Zinara continues to allocate crumbs to the local authority which has a huge chunk of licence-paying vehicles in the country.

He said Council has no choice but to take Zinara to court so that it can be deconstructed and vehicle licensing be brought back to the local authorities.

The problems of failure to repair and maintain roads and the attendant infrastructure began when Zinara took over and the results were visible on the ground for all to see.
In the last five years out of expectations of plus or minus US$60 million per year, the City of Harare received less than US$2,5 million per year.

Council has not received anything from fuel levy and carbon tax revenues in the past and this is another where Mayor Mafume demanded a fair share of the national cake.
Mayor Mafume said, as a result, Council is failing to meet its targets on road maintenance because of the meagre funds provided by Zinara.

“To illustrate the sad state of affairs in the Roads sector we had a target of 40 km of road rehabilitation and because of funding constraints we only managed to do 12,5km of rehabilitation in terms of routine maintenance our target was 450 km and on this one we managed to do 436km using funds from City Parking Pvt Ltd and the budget provision.”
“If Zinara funds were allocated during the first Quarter of the year, we could have done over 89km of Road Reseal, 52 km of Overlay and 20km of Road Reconstruction. The last disbursement made in December 2022 meant that we could only do 15 km of reseal, 8km of overlay and 3 km of Reconstruction,” said Mayor Mafume

He said the Zinara model was not working and needs a relook. If the country is serious about addressing the challenges in the roads sector.

Econet Wireless poised for recovery in 2021