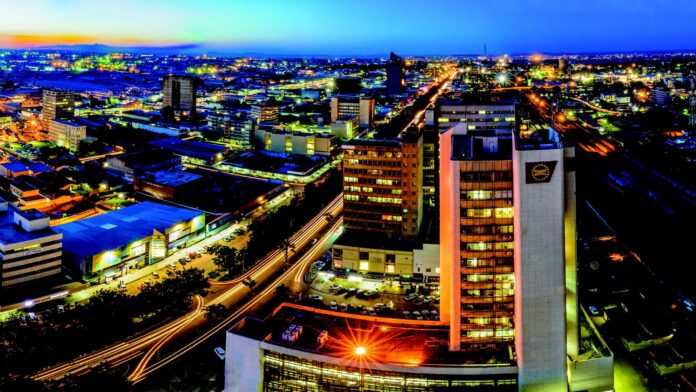 LUSAKA, ZAMBIA – In early 2020, The Zambia Revenue Authority (ZRA) announced its intention to start implementing a Digital Tax Stamp (DTS) Solution, which is essentially a physical paper stamp that is applied to goods and contains security features and codes. DTS is based on enhanced features that include electronically tracking and tracing products throughout the supply chain – from the manufacturer to the retailer.

Its introduction is usually expected to enable revenue authorities address a number of real and perceived challenges that have included product counterfeiting and illicit trade. In this regard, the introduction of DTS in Zambia is being seen as being in the interest of consumers who would be protected against counterfeit products as said to safeguard local manufacturers from unfair competition.  ZRA stated in its announcement that the introduction of this scheme is one way it wishes to eliminate illicit trade and secure  tax compliance on all excisable products.

There are many challenges that ought to be addressed when a government decides to consider DTS as an option on whatever ground, including for tax compliance. Firstly, when not implemented properly and introduced at an inappropriate time, DTS possesses the adverse effect of worsening the cost of doing business for legitimate manufacturers in the excisable sector. This, in turn, has the effect of putting severe financial stress on the companies.

The introduction of DTS today under the current pandemic-inflicted conditions in Zambia would almost certainly result in serious stress for the companies affected. The only way to avert such a situation is for the Government to take up the costs associated with its introduction, which ZRA is yet to express itself on. If the companies are to be expected to meet the cost of DTS’s funding, installation, operation and distribution, then many corporate casualties should be expected, which will result in firm closures or significant scaling down of business operations.

It is equally important to consider who would shoulder the costs associated with technical interventions, upgrade and maintenance of the DTS that have already raised serious concerns in countries like Uganda. Is the Zambian Government, for example, able and willing to take up such costs especially now under the current severely stressed macroeconomic conditions?

In this regard, while the current ZRA efforts towards deploying modern technologies to secure tax compliance is commendable and ought to be supported by all responsible citizens, caution should be taken in the introduction of such measures that should take into account the importance of minimizing the productive sectors’ cost escalations particularly at a time when, globally, governments are looking for ways and means to best extend stimulus packages to enable companies survive the operational challenges brought about by Covid-19.  The timing of DTS, if introduced under Covid-19 conditions, would be simply unhelpful towards securing the survival of companies in the post-pandemic period.

Secondly, it is noteworthy that any measure that would ignite further cost escalation for some manufacturers would inevitably and regrettably result in companies scaling down their production levels, which, in turn, would reduce ZRA’s revenue collection targets since corporate profits for the affected companied would dwindle. It is often forgotten that additional cost to producers is almost always passed on the consumers, which could result in inflationary pressure that, in turn, could reduce the appetite and ability of those consumers to pay more of the affected products.

Equally worthy of consideration, such DTS-induced cost overruns may prompt consumers of certain products such as beer to opt for alternative illicit varieties that are not only injurious to human health but may result in company closures due to declining sales. Thus, if the DTS costs are passed on to the manufacturers of alcoholic and non-alcoholic beverages, for example, the cost of production for these products will increase, which will, in turn, increase the selling price of the products.

It is undisputable that, unless the Government absorbs the costs associated with the introduction of DTS (as Uganda did during the first year of its DTS introduction), the scheme will affect the whole supply chain from the manufacturers to stockists, to product retailers, to consumers. Government ought to be conscious of the reality that, whenever there is an increase in the price of alcoholic beverages due to the introduction of a new tax, consumers habitually stop or reduce buying these products, a phenomenon that usually results in a drop in sales volumes, which, in return, leads to ZRA’s tax revenue loss.

Thirdly, company closures due to cost escalation often result in loss of livelihoods for employees that would be laid off, clearly an undesirable state of affairs under the current Covid-19 conditions when unemployment in the country is very high and the cost of living for an average household unbearable. In this regard, although technology can offer tax-compliance solutions, it is clear that an untimely introduction of DTS would be a solution to a wrong problem, at least for now, especially if the perceived problem itself does not really exist looking at the type of companies that DTS is going to primarily target.

Looking at the grounds given by the Government for introducing DTS, such a solution holds better promise for success under conditions where vices such as tax evasion through under-declaration of production and sales volume; imports smuggling, illicit/counterfeit products are rife. But looking at the DTS-targeted companies that produce excisable products, it would seem illogical to view them as real or potential culprits of these vices without risking demonizing good corporate citizens that have continued to positively contribute to GDP growth.

There is room for ZRA to innovatively seek cheaper methods of arresting the vices and improve on its capacity to enforce such controls. In sectors where proven cases or reasonable suspicion of illicit dealing and/or tax evasion exist, IT solutions should be fully supported to secure tax compliance.  For this reason, to use DTS as panacea to the vices catalogued would amount to doing very efficiently the wrong things to address a legitimate problem. For this reason, it is advisable that ZRA extensively consults the private sector and explore best practices in comparator countries prior to its consideration of introducing DTS. Undertaking a DTS Impact Assessment would be worth of consideration in this regard. I am aware that Botswana has opted for such studies/consultations as the country explores the merits of DTS introduction.

Lastly, the argument advanced by ZRA for the introduction of DTS ought to be further prodded. Granted, it is not disputed that DTS possesses several anti-fraud benefits. But one has to weigh such potential benefits against the conditions on the ground in Zambia so as to avoid the introduction of adverse cost effects on legitimate supply chains whose stability is critical to the much-needed national economic recovery.  The current harsh and crippling impact of Covid-19 on the Zambian economy, especially in the tourism, entertainment and hospitality sectors (the main consumers of the affected products) give further credence to the need for ZRA to rethink of the timing of DTS introduction, if it should be introduced at all in the medium-term.

Renewables supplied only a third of Africa’s electricity demand growth