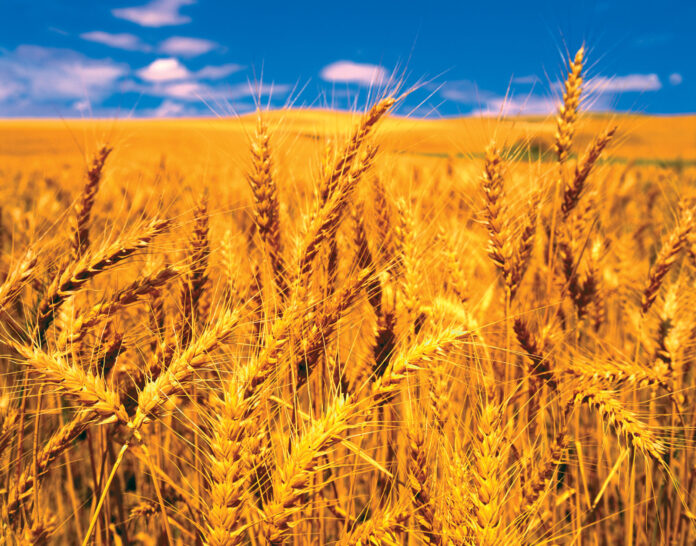 The new wheat producer prices announced by government recently, though welcome by many farmers, could be under threat from a volatile economic situation in Zimbabwe with serious concerns that money to be deposited into farmers’ bank accounts would be difficult to convert into hard currency for reinvestment with most input prices now pegged in United States dollars.

Government announced that wheat farmers would be paid $43 778.84 per tonne for ordinary wheat while Grade A wheat would be paid a premium price of 20 percent above the Utility Grade to $52 534.61.

The projected high winter wheat yields means farmers are also relishing prospects of significant turnover from their agricultural activities following years of declining productivity where harvests dropped to below two tonnes per hectare.

In an interview, Commercial Farmers Union’s Stewart Wilson said farmers who manage to harvest at least three tonnes per hectare will be able to break even on the prices announced by government although costing would depend on the exchange rate used for inputs and how inputs obtained on credit would be paid for.

CFU director Ben Gilpin concurred with Wilson adding that the producer prices was welcome to most farmers as long as the money market remains stable.

“Farmers will do well with this price provided their yields are good. Most of the farmers have gone beyond the national average yield and are expecting to harvest more than eight tonnes per hectare.”

Zimbabwe National Farmers Union chief executive Edward Dune said the price was viable even when converted to the United States dollar although the current economic situation made it very difficult for farmers to convert local currency in a bank account to US dollars so as to reinvest it into production.

“All inputs, equipment and capital costs are now pegged in US dollars or even if the farmers may want to save the money that money has to be converted into hard currency to restore stability.”

“There are challenge where there’s no complete equipment to do the job right from the seed drills , pivots and combine harvesters to avoid field  losses. The irrigation infrastructure is still work in progress, inputs distribution is still a challenge while the banks are not funding working capital in the event that you lose equipment such as motor pumps or irrigation piping to thieves.

“So in short, we have a long way to go as farmers and it certainly is not a walk in the park in as much as government is working flat out to alleviate the situation. Maybe it’s about time the farmers work within structures such as ours to turn a new leaf,” he said.

Nevertheless, the United Nations’ Food and Agriculture Organisation Global Information and Early Warning System has predicted a near‑average output of the winter wheat crops to be harvested in October and November while also forecasting that the 2020 aggregate cereal production would be at 1.2 million tonnes in 2020, 15 percent below the five‑year average but above the low level of 2019.

According to agronomists, John Basera and Tegwe Soko, winter wheat production has a very lucrative return on investment with a return per dollar invested of about US$2- US$3 under high productivity levels.

In a review of the wheat industry in Zimbabwe, a paper published by the Global Journal of Biology, Agriculture and Health Services states that wheat production increased during the period between 1960 and 1990 mainly due to policies adopted during the pre- and post-independence eras.

Local wheat production, however, became less viable and profitable thus creating a serious disincentive to produce leading to a decrease in production over the years with Zimbabwe moving from dependency on imports of more than 80 percent to complete reliance on imports.

The research further notes that the policy environment was discouraging production of local inputs and production of wheat while encouraging the importation of both wheat and wheat products, consequently, constraining the country by mounting food import bills.