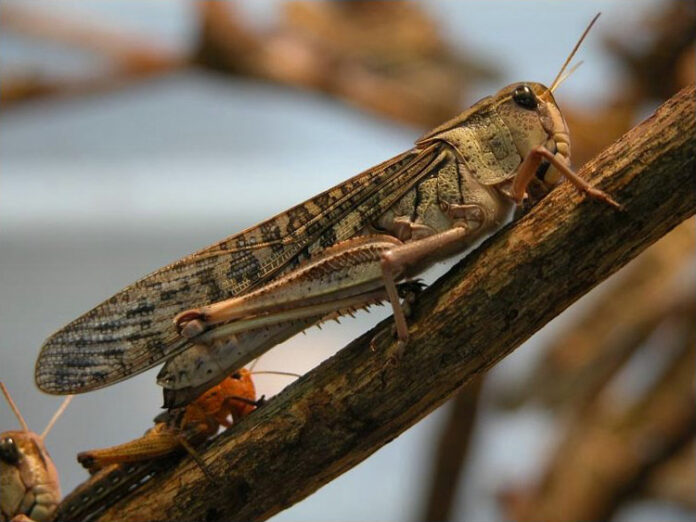 A possible African Migratory Locust outbreak is threatening food security and livelihoods in Zimbabwe and some of its Southern Africa neighbours, the Food and Agriculture Organization of the United Nations has warned.

The outbreak, according to FAO, will also affect Botswana, Namibia and Zambia.

Around seven million people in the four affected countries who are still recovering from the impact of the 2019 drought, and grappling with the economic impacts of the COVID-19 pandemic, could experience further food and nutrition insecurity.

In a statement, FAO said it was working with the Southern African Development Community (SADC) and the International Red Locust Control Organization for Central and Southern Africa (IRLCO-CSA) to support the affected governments to control the locusts.

“Even with the control measures already taken, the locusts are still a threat. Some of the worst-affected areas are very difficult to reach. We need to support the four governments, SADC and partner organisations like IRLCO-CSA to control this pest and protect people’s livelihoods,” Patrice Talla, FAO Sub-regional Coordinator for Southern Africa said.

The AML outbreaks in southern Africa are separate to the Desert Locust emergency in eastern Africa. Locusts are among the most destructive pests in the world. One swarm can contain tens of millions of adults – there are currently multiple swarms in the southern region.

A single swarm can eat as much in one day as 2,500 people, demolishing crops and livestock pasture in a matter of hours.

In Zimbabwe, swarms and hoppers initially infested two sites in the Chiredzi District and have now moved into Manicaland Province.

Locust damage to crops will compound existing food insecurity in communities already affected by floods, drought and the impacts of COVID-19.

In Botswana, some smallholder farmers lost their entire crop at the start of the African Migratory Locust outbreak. As the next planting season approaches, the pest threatens the country’s breadbasket region of Pandamatenga, where most of the country’s sorghum staple is grown, unless control efforts are urgently stepped up.

In Namibia, initial outbreaks began in the Zambezi plains and hopper bands and swarms have now spread to key farming regions. Similarly, in Zambia, the locust has spread rapidly and is affecting both crop and grazing lands.

FAO today launched the Southern Africa Emergency Locust Response and Preparedness Project which is funded by FAO’s Technical Cooperation Programme. The project will increase the emergency capacity of SADC and IRLCO-CSA to support the four affected member states in their bid to prevent the pest from causing more damage.

The US$0.5 million project will focus on emergency response in the locust hotspots and strengthen coordination and information exchange among the affected countries. It will also enable aerial surveillance and mapping activities in hard-to-reach areas, and provide technical support for national locust surveillance and control units to be established.

FAO’s Technical Cooperation Programme allows FAO to draw from its own regular programme resources to respond to countries’ most pressing needs for technical assistance.