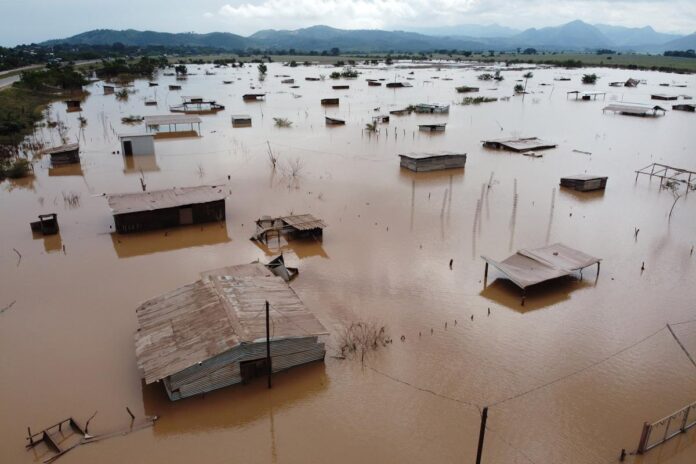 As the world convenes in Glasgow for the 26th United Nations Climate Change Conference of Parties (COP26), it is time to recognize Africa’s role in averting a climate disaster without compromising the continent’s growth and poverty reduction.

The world needs to transition away from fossil fuels. But access to electricity is a human right as enshrined in sustainable development goal 7. Electric power is vital for any economy to advance, and relegating African countries to greater poverty is not the solution to the global climate crisis

The world must transition away from the fuels that powered industrialization in Europe, the U.S., and Asia. Today, coal still accounts for up to 38 percent of electricity generation worldwide, with China, India, the U.S., and the EU remaining the world’s largest consumers of coal.

At the same time, international financing institutions are restricting investment in electric power projects in Africa to wind and solar on grounds of environmental concerns. Africa’s current energy demand is estimated at 700 TW, which is 4,000 times the 175 GW of wind and solar capacity the entire world added in 2020. Africa cannot industrialize on wind and solar energy alone.

In sub-Saharan Africa, 12 million new people enter the workforce every year. They cannot run successful businesses in the dark. المراهنات الرياضية Today, nearly 600 million Africans lack access to electric power, a number that the International Energy Agency (IEA) projects will actually increase by 30 million due to the COVID-19 pandemic. To create jobs for Africa’s burgeoning youth population, we need to find ways to power the continent’s industrialization.

Importantly, Africa bears the least responsibility for the world’s climate crisis but faces its most severe consequences. Forty-eight sub-Saharan African countries outside of South Africa are responsible for just 0.55 percent of cumulative CO2 emissions. Yet, 7 of the 10 countries most vulnerable to climate change are in Africa.

Still, Africa will play a major role in solving the global crisis. The Congo Basin is the world’s second-largest rainforest and vital to stabilizing the world’s climate, absorbing 1.2 billion tons of CO2 each year. Without the Congo Basin and the Amazon, the world would be warming much more quickly.

The global transition to renewable energy will mean exponentially scaling up the production of batteries, electric vehicles (EVs), and other renewable energy systems, which require Africa’s mineral resources. For example, the Democratic Republic of the Congo (DRC), accounts for 70 percent of the world’s cobalt, the mineral vital to battery production. Cobalt demand is expected to double by 2030. Conversely, 84 million people (80 percent of the total population) in the DRC could still lack access to electric power in 2030. لعبة الخيول على الانترنت

We believe that we can achieve the global emission reduction targets without constraining Africa’s development. To power Africa’s economic growth and prevent the worst consequences of climate change, we propose a four-point agenda for action:

The world is facing an existential climate crisis and must come together in solidarity to stave off the potentially devastating impacts, but leaving 600 million Africans in the dark is not an option. We must avert a climate disaster and expand energy access in Africa at the same time.

This OpEd was originally published in Brookings Africa in Focus