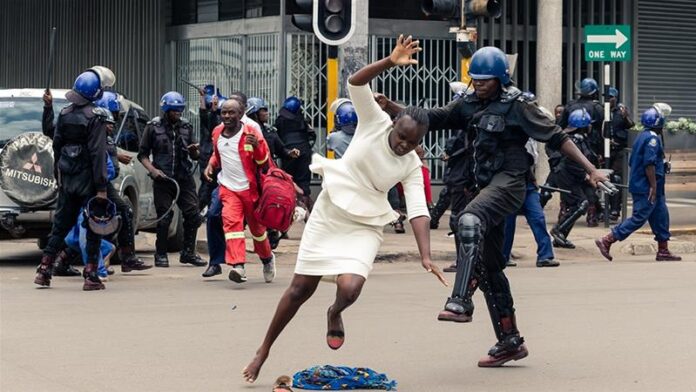 Police have vowed to thwart planned mass protests slated for Friday amid a heightened security situation in Harare.

In a statement, Police Spokesperson, Assistant Commissioner Paul Nyathi said the law enforcement agents along with other security agencies, would stop any demonstration being planned.

“All security arms of the government are on full alert and will deal decisively with any individuals or groups fomenting violence and sending threats or provocative messages through the social media or any other means. We reiterate that no demonstrations will take place in Zimbabwe on 31st July 2020. Those who decide or disregard the law, particularly National COVID- 19 regulations will have themselves to blame,”Nyathi stated

Police, he said, are aware of various attempts to incite the public through social media to participate in the planned protests against corruption and human rights violations.

On Thursday,  security forces cleared people off streets of  Harare and forced shops to close.