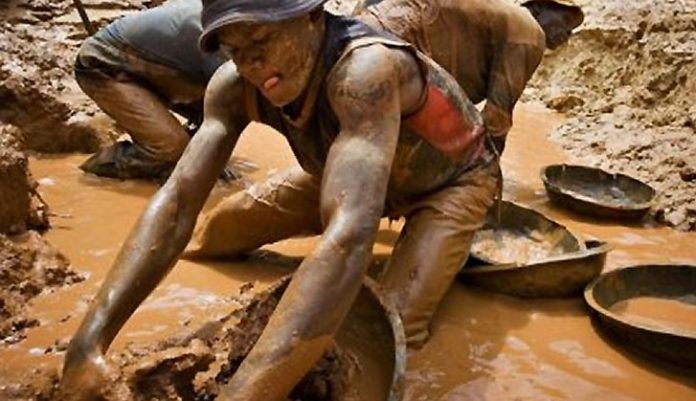 HARARE – The Zimbabwe Miners Federation has called for a review of the just announced fixed gold price of US$45 per gram saying it was not in line with international price movements. This comes amid reports that black market gold dealers had already matched the fixed price and are now paying between US$45.5-48 from the US$39-42 range they were paying previously.

The ZMF welcomed the new framework but wants the price to be in tandem with the international price which was around US$56.1/g at the time of the announcement. The federation’s president, Henrietta Rushwaya, however, expects this amount to rise which in turn would make the illegal markets more attractive for miners.

“With the world price of gold expected to continue its bullish trend and further increase on the back of global economic risks arising from the Covid-19 pandemic, which promotes the attractiveness of gold as a safe haven; the price paid to local small scale miners will continue to shrink as a percentage of the world price.

“The unwanted consequences of the above pricing distortion are widespread side marketing and leakages as small-scale miners seek better margins from unregistered buyers offering attractive prices,” Rushwaya told journalists in Harare.

She said the sustainability of the fixed price was also questionable when the price of gold eventually comes down. “It will not be practically possible for FPR to continue paying the fixed price, which will be technically a price support scheme given the current liquidity constraints in the economy.

According to Fidelity Printers, Zimbabwe could be losing as much as between 40 and 50 percent of its gold to smuggling fuelled by a more attractive pricing parallel market system.

The small-scale miners want to be offered the same terms as the big producers or full compensation in USD in line with prevailing international prices.

“ZMF believes in a gold trading framework that provides a win-win situation between FPR and the gold miner which minimises or eradicates the discrepancy between the world price of gold and local price of gold.

“A ratio framework as is the case for large scale producers is recommended as it enables scientific tracking of mineral prices.

“We also propose the fair compensation of any surrendered portion in line with market developments in order to converge the world and local price of gold to minimise side marketing and gold leakages,” Rushwaya said.

Fidelity Printers general manager Fradreck Kunaka, however, said there was room for further reviews of the pricing system.

“There is room for continued review going forward,” Kunaka said.

Zimbabwe’s gold deliveries fell 31 percent to 1.46 tonnes in April 2020 from 2.12 tonnes in April 2019 due to production and consumable bottlenecks caused by a global lockdown as governments moved to combat the spread of coronavirus

ZESA errors and mistakes: It should have been thermal before hydro