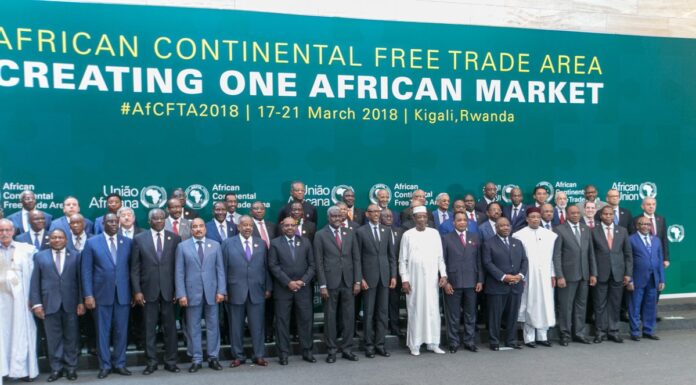 Zimbabwe could lose out on the vast opportunities that exist in the African Continental Free Trade Area because the country is not manufacturing enough for exports and has some of the most difficult condition for starting a business.

This was said by Professor Albert Makochekanwa, a senior lecturer in the Department of Economics at the University of Zimbabwe.

Zimbabwe is ranked 140 out of 180 countries on the World Bank Ease of Doing Business index {2020}, making it one of the most difficult countries to invest in.

Speaking during a policy dialogue on Assessing the Economic Costs and Benefits for Zimbabwe from the AfCFTA in Harare Tuesday, Professor Makochekanwa said the country needed to manufacture more if it were to achieve its target of a middle income economy by 2030.

“What backs a middle income economy is manufacturing; but now we have two products that are not manufactured making up 90 % of our exports. There is no beneficiation, so Zimbabwe will not benefit because we specialise in wrong things that are not usable. So there is no potential to benefit from the AfCTA even if the market is there,” he said.

He said only countries that had sound manufacturing industries were set to benefit from the AfCTA as most countries preferred importing manufactured or finished products.

Machekanwa said about 83% of Zimbabwe’s exports were going to only three countries, which portrayed a contracted export base a situation which was not healthy.

Zimbabwe can only effectively industrialise if there are deliberate policies to reduce costs of production and ensure utilities such as water and electricity are readily available at sustainable costs.

The current intermittent supplies of electricity in the country have worsened the situation as they are unnecessarily increasing costs for manufacturers who have to use alternative sources of energy.

Excessive taxation of companies and lack of viable financing options for companies has also posed a big challenge to the manufacturing sector over the years.

“This shows that we are regressing; we are moving away from manufacturing, which should provide us with more economic multipliers.

The dearth in the manufacturing sector has seen more than 80 per cent of the country’s retail shelves occupied by foreign manufactured products.

There was need for the country to focus on machinery and equipment to boost capacity utilisation and further productivity, instead of importing goods mainly for consumption.

Government to sideline farmers who have not paid their debts