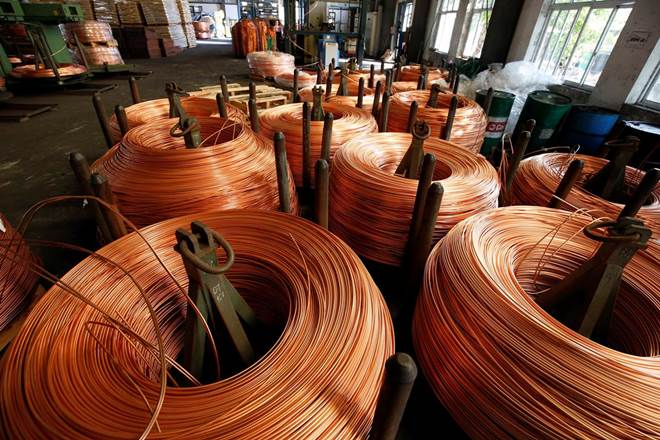 HARARE – CABINET has approved the Greater Chinhoyi Copper Development Programme which entails six copper initiatives which will aid towards achieving a US$12 billion mining industry.

During a Post-Cabinet media briefing, Information, Publicity and Broadcasting Services minister, Monica Mutsvangwa said cabinet considered the Greater Chinhoyi Copper Development Programmme which was presented by the Minister of Mines, Winston Chitando. how to inject a rabbit with ivermectin

Three of the projects are Greenfield projects which will have resource definition being undertaken with the objective of making them operational.

The reopening of Angwa mine in Chinhoyi and Shamrock mine in Hurungwe were approved by the cabinet.

Proposals on two other projects to make them a total of six will be presented in due course.

Mutsvangwa said the two projects approved are for joint ventures between Zimbabwe Mining Development Corporation (ZMDC) and Govine Enterprises over Shamrock mine in Hurungwe which is to reopen by the end of 2022 and will generate US$32 million per annum and create employment for about 4 500 people.

“Hongua International over Angwa mine and the Chidzikwe dump are also part of the partnership which will be operational by mid 2022 employing an estimated 400 people, generating an estimated US$33 million per annum” she said.

Alaska Copper and Smelting mine will resume operations and is set to be open as Grand Sanyuan Copper Resources by a Chinese firm in partnership with the ZMDC and Rusununguko Holdings with a capital injection of US$12 million from a Chinese investor.

The mine was closed down affecting thousands of workers and their families financially. According to Zimbabwe Environmental Law Association (ZELA) Alaska mine is under the management of ZMDC and was closed due to the poor economic and political environment in the country, leaving more than 1500 workers unemployed.

The project has an anticipated lifespan of between 10 to 15 years. gonorrhea ivermectin

Smelting, flotation and an electrolysis refinery plant will be constructed and the plant will have four furnaces that will cater for raw materials taken from as far as Mhangura Copper mine, Shamrock mine near Karoi, Angwa mine and Shackelton mine. how to compound ivermectin with cream

According to reports ZMDC said at least US$10 million annual revenue was expected from the project although projection was worth around US$60 million.

At peak production Shamrock mine was as big as Mhangura mine with a 500 strong workforce up to the time it closed down. It has been almost four decades since Shamrock Mine was closed, operating as a safari area.

Cashalo Money Progress Review – Exactly why The Other opeso Financial institution Is a...