LONDON – 1 July 2020: African banks are small in world terms but they punch above their weight in profits, according to The Banker’s latest ranking of the Top 1000 World Banks.

Africa’s banks have less than 1% of total world bank capital compared to 47% for Asia, 25% for Europe and 19% for North America. The Top 20 banks ranked by Tier 1 capital, a measure of banking safety, are all from these regions. 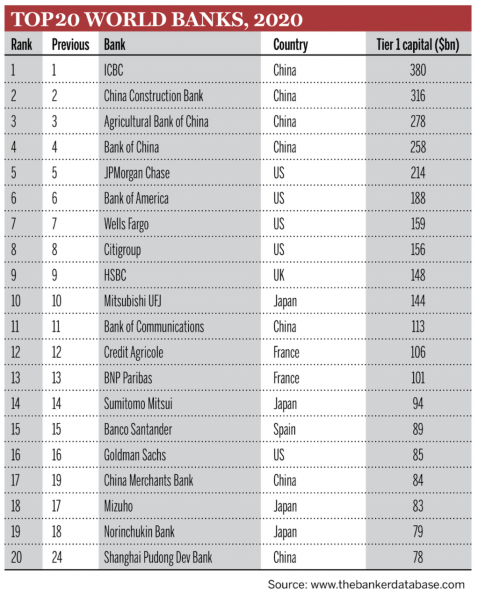 But African banks outperform in profits. They make double the amount expected given their size. They contribute 2% of global profits and deliver a 19.49% return on capital — the third highest level in the world. safe-guard ivermectin 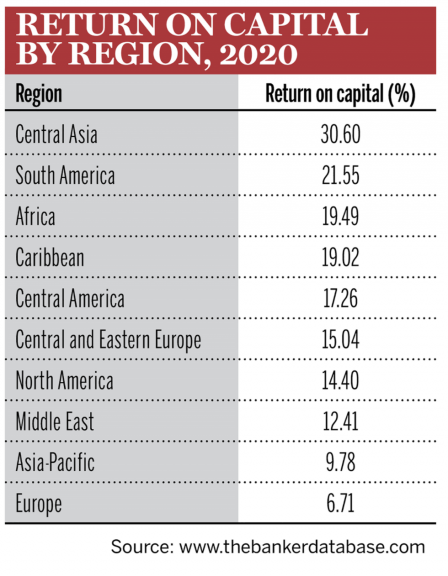 Brian Caplen, editor of The Banker, said: “Africa is underbanked and has huge growth potential with millions starting to open their first bank account and receive their first credit card. After the financial crisis, international banks pulled back from the region allowing African banks to capture more of the business. The outlook for them is positive, especially if Africa manages to avoid the worst effects of the Covid-19 pandemic.”

The largest four banks in Africa are the major South African players – Standard Bank Group, FirstRand, ABSA Group and Nedbank Group – followed by banks from Egypt, Morocco and Nigeria . Africa’s largest bank is Standard Bank which only manages to place 152nd in the Top 1000 World Banks. Despite South Africa’s economic woes, all four banks increased their capital and only Nedbank saw a fall in profits. خوارزمية الروليت

Egyptian banks staged an impressive recovery increasing pre-tax profits by 56%. لعبة حظك اليوم Three Egyptian banks topped the table for African banks with the largest increases in Tier 1 capital. Banque du Caire increased its Tier 1 by 76% allowing it to climb 201 places in the Top 1000 to 794. can ivermectin be used to treat scabies 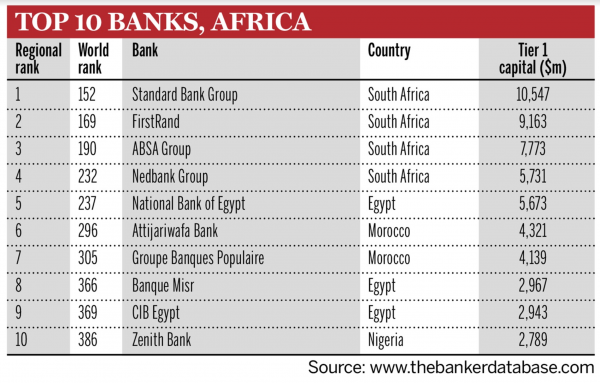 This year marks the 50th anniversary of The Banker’s Top 1000 ranking. The first ranking in 1970 contained 300 banks based on assets. A table of the Top 10 is headed by Bank of America along with six other US banks. The three European banks are the UK’s Barclays and National Westminster (now part of Royal Bank of Scotland) and Italy’s Banca Nazionale del Lavoro now part of France’s BNP Paribas. بطولة امم اوروبا 2023

In 1970 Bank of America topped the ranking with $25 billion in assets. Today’s leader Industrial and Commercial Bank of China (ICBC) has assets of $4.3 trillion which is 172 times larger. ivermectina inglaterra Bank of America which placed sixth in the 2020 ranking currently has assets of $2.4 trillion, making it 96 times larger than 50 year ago. Over the same half-century, the world economy has only grown 25 times showing how the expansion of the banking industry has outpaced economic growth.

Dairibord sales volumes down 7% in Q3 on slowing demand