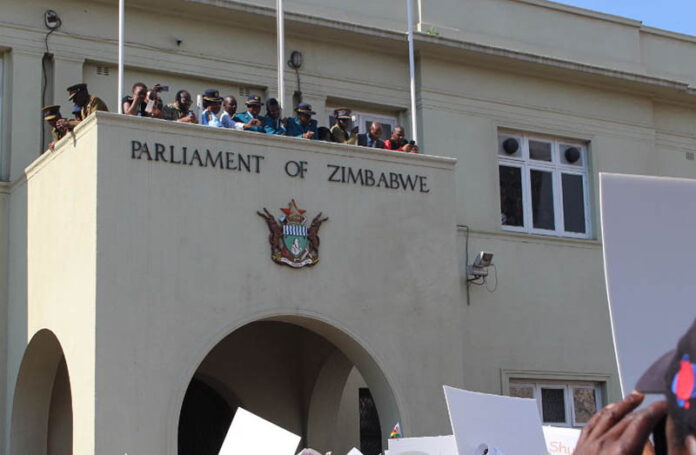 A group of civil society organisations has condemned the passing of the controversial Constitutional Amendment Bill No. 2 by the National Assembly saying the proposed law centralised too much power in the executive.

In a joint statement, the 46 organisations said the Amendment Bill dilutes democracy, weakens the rule of law while undermining promotion and protection of human rights. viagra vente libre croatie

The organisations also rejected the amendment while calling for state actors to fully implement provisions of the Zimbabwean constitution.

They called the authorities to align all laws with the constitution while holding to account members of the National Assembly who voted for the amendment.

The CSOs said it was disturbing that the proposed amendments were being introduced when the May 2013 Constitution had not been fully implemented.

The amendments relate to thematic areas including the appointment and retirement of judiciary members, appointment of the head of prosecution and the removal of running mate provisions.

The amendments also include the extension of proportional representation provisions for female parliamentarians, composition of executive and legislative oversight role.

“Since the introduction of the Bill, we undersigned CSOs, have expressed our reservations to this process and made several calls on all progressive citizens and duty bearers to reject the Bill as it reverses the gains that were ushered in by the 2013 Constitution,” the CSOs said.

They said adoption of the Bill will centralise too much power in the president.

“Besides widening the scope of the Presidential powers and undermining democratic accountability, this Bill unilaterally increases the size of central government and imposes an unprecedented burden on the already suffering citizenry.”

The CSOs said the proposed amendments on judge’s promotion to superior courts and extension of tenure of office for those over 70 years of age compromises the judiciary’s independence.

The proposed sections of the Bill, the CSOs said, are a backward step in the pursuit of democracy, accountability, the division of government power, representativeness, the rule of law and human rights in Zimbabwe.

“The adoption of the Bill entails further strengthening of the President’s powers while weakening the mechanism intended to hold the President to account for his and her actions, wrongdoing and in some cases, illegal conduct,” he said.

“The adoption of the Bill also sets precedence to future and further amendments to the Constitution which will additionally undermine the democratic and civic space in Zimbabwe.”

The CSOs also argued that Zimbabwe should be focusing on the alignment of laws to the 2013 Constitution and the full implementation of its provisions.

Value add tobacco to tap into the US$800b global market

Miners losing 20% in gross export proceeds due to exchange rate...

Snake bites bawd while having a ‘quickie’