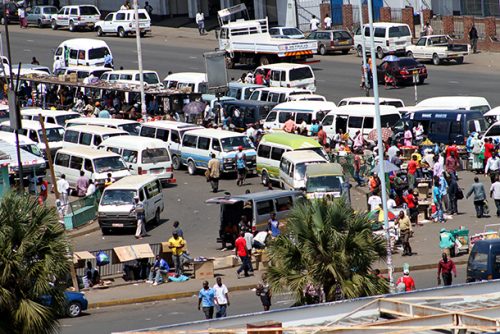 THE election into office as ward councillors of mostly opposition Movement for Democratic Change-Alliance from the 2000s in urban areas promised to usher in a new era of transparency and accountability in the governance of urban local authorities.

This article analyses the key roles played by the different actors in the provision of services in an urban local authority set up.

The interactions among the councillor, the council manager, the minister and the citizens will be evaluated in no particular order.

Some recommendations on how to strengthen the office of the ward councillor will be proffered.

I will reflect on theorising democracy on the public sphere and communicative action by such critical sociologists as Jürgen Habermas and the thinking of Amartya Sen to explain the current phenomenon of democratic practices and capabilities of elected councillors in the face of deteriorating service provision.

Karl Marx’s perspectives on the relationship of the poor and powerful in society are equally shared to reinforce the state of exploitation in society.

The author argues that councillors’ party affiliation on its own is not a solution to the strengthening of local democracy within local authorities’ governance.

It is further argued that neither the MDC Alliance nor Zanu-PF have sufficient capacity to practice democracy to the extent anticipated by the citizens.

Former US president Abraham Lincoln defined democracy through the perspective of the citizens.

He asserted that democracy was ‘government of the people, by the people and for the people’, which put people at the heart of democracy.

The mere practice of democracy should therefore be seen through the interests, rights and the needs of the people.

It is in this regard that this write up highlights the deficiencies in the democracy being practiced by elected councillors and the councils that they are leading in Harare Metropolitan Province.

The main focus is on Harare City Council.

The Harare City Council is made up of 46 wards, represented by an equal number of councillors, 45 of them from the MDC Alliance with only one representing Zanu-PF.

Eight of the 46 councillors are women.

The majority of the women councillors have peripheral roles in the decision making and their major handicap is grasping the dynamics and technical aspects of their work as councillors.

The lack of understanding or appreciation of the key provisions of local government legislation has been mentioned in community discussions as a basis for the failure of oversight by elected officials over council technocrats.

Citizens expect that their service delivery issues are taken through the council system until they are addressed.

This has not materialised despite councillors spending a lot of time holding meetings, trainings and workshops outside and in Harare.

Councillors have been elected into office since the colonial era.

However, for the purposes of this argument, my comments are covering the main periods when residents elected into office their respective councillors in 2002, 2008, 2013 and 2018.

In all these elections, the MDC emerged victorious, and therefore could claim to be the ones in charge of the governance and administration of their local authorities.

Implementation of resolutions and policies made in urban local authorities is spearheaded by accounting officers in terms of the Urban Councils’ Act (Chapter 29.15).

These are the town clerks for municipalities and cities, secretaries in towns and chief executive officers for local boards, as heads of their management.

The chief policymakers at the urban council level are the mayors for the cities and municipalities, chairpersons for the towns and local boards.

The provision of social services is determined largely by how the elected councillors and their management interact or cooperate with each other.

Critics of the local government system in Zimbabwe have questioned the overbearing role played by the Ministry of Local Government and Public Works.

They argue that the centralised system constraints more than it enables the efficient and effective functioning of both urban and rural local authorities.

There are several provisions in the Urban Councils’ Act where the local government minister is called on to exercise his executive authority, which deprives both the local authorities’ chief policymakers and their accounting officers the right and leeway to make timely and appropriate interventions.

For example, in Section 80, the Act provides for the ministerial appointment of a caretaker council to run the affairs of a council if there are no elected councillors in office.

It is usually through such appointments that undemocratic decisions are made in the name of the council, on behalf of the citizens.

The decisions made by the caretaker councils are as equally binding to the council and ratepayers as they would be if they are made by elected councillors.

This has been the major source of controversial policies in most local authorities.

Repeatedly, a month or two before harmonised elections, councillors work is temporarily stopped as the nation gears for elections.

It is usually during this vacuum when there are no elected councillors that the Minister of Local Government and Public Works and this caretaker council make policies, including unrestrained recruitment of council workers.

By the time elections are held and new councillors are sworn into office, the damage would have been done.

Therefore local authorities are not fully autonomous to determine how they want to be governed while central government remains a major player in the decision making and formulation of local authorities’ policies.

Do they involve residents in their decision making and representation of the electorate? Whose ideas prevail at the end of the day in council systems?

There have been contestations between the minister and the opposition MDC councils, especially on the ministerial directives that are often directed at the councils.

The Mayor and his fellow councillors are always pointing out how their work is being constrained by the ministerial directives, and rightly argue that there is too much interference.

However, the same cannot be said of the councillors when it comes to them being held accountable by ratepayers.

This usually takes place in what is called the public sphere, a space of equal engagement and decision-making.

The decisions made at these platforms and the subsequent actions made from these forums enable or constrain the momentum to achieving agreed goals.

This reveals how the councillors, the service delivery managers and the citizens respond to each other as their communicative action.

Deliberative democracy is anchored on the principle of reason-giving as its major characteristic.

The duty bearers and the citizens freely and equally ask each other for justifications and explanations for the rationality of their decisions or submissions.

The councillors and their management insist that their failure to deliver services is a direct result of the failure by ratepayers to settle their outstanding rates bills.

Therefore, the reasons given by councillors should be generally accepted by free and equal persons seeking fair terms of cooperation.

The residents strongly believe that councillors and their top managers are generally corrupt, incompetent and extravagant when it comes to expenditure management and prioritisation of key projects to undertake.

Harare Residents’ Trust members have shared their experiences in working with their councillors, and council management.

The main argument from the communities is that they elected their councillors and entrusted them to further their interests so residents want to be represented on service delivery issues by their councillors.

From their experience, as Karl Marx rightly observed, there is conflict among the different stakeholders over class, social and economic status of people. There is exploitation of the weak and marginalised members of society.

Resources are taken up by the powerful and well connected, thus communities experience service delivery differently on the basis of the levels of connectivity of their councillors to the management in council.

Each individual has potential in them to reach their maximum capability. In each person are potentials to make a difference at community level.

However, this agency is compromised when the citizens struggle to get the attention of policy makers and service delivery managers.

These things that are in people are the capabilities. The electorate has engaged with their councillors and managers with varying results.

In most cases residents report that their councillors only avail themselves for token purposes, and not for genuine engagement. In the public sphere when citizens engage with their elected representatives, there are inherent inequalities which have yielded apathy and resentment about the office of councillor.

For example during public engagements, instead of representing the residents, councillors devote much of their messages on defending the officials and the decisions made in offices.

This neglect of residents’ issues creates serious disharmony, thus fuelling suspicion and conflict among the represented and the representatives.

At the end of the day what the residents really express during community engagements does not really matter.

What matters most in the final analysis are the priorities set by council managers, forced on ratepayers through their councillors.

The councillors end up believing everything that they are told by the council managers who use sweeteners like promises of monetary gains from approving weird proposals.

Ultimately, residents feel disempowered to fully participate in council business given the repeated exclusion of their inputs in the council policies and resolutions.

In practice, the decisions of the councillors and the service delivery managers carry the day. Representation of the citizens is a mirage. The elected officials represent their personal interests.

The holding of elections, while creating a façade of democratic dispensation, does not in itself guarantee the full and equal representation of the electorate.

The practice of democracy is overrated.

The reality is that elected officials pursue their narrow partisan agenda, and use their majority to pass policies and resolution that protect and promote their interests.

De-dollarisation is possible; but authorities must first have control of domestic credit