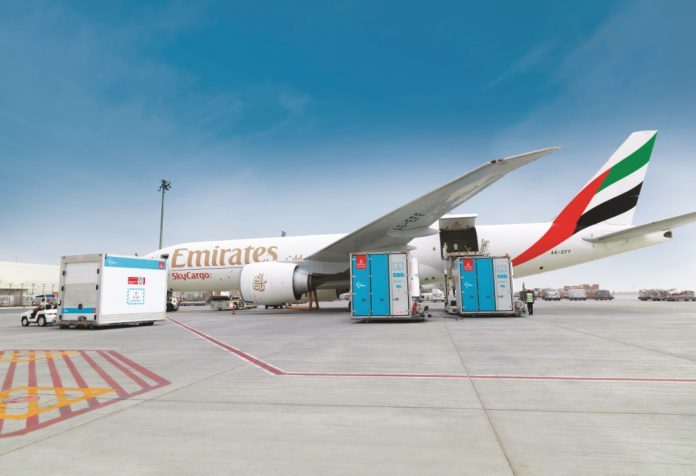 Exports from Harare to Dubai went up significantly, with more than 2 000 tonnes of cargo having been moved between the two cities in the past year through the Emirates Airlines’ SkyCargo.

According to the airline, latest figures show the airline’s SkyCargo division transported 2,009 tonnes of out-bound cargo from Zimbabwe between 2018 and 2019, including seasonal fruits and vegetables.

“Carrying more than 2,000 tonnes of export cargo is an important milestone for us in Zimbabwe, and we are delighted that business in Zimbabwe has chosen Emirates SkyCargo as its partner to transport that important freight, benefitting from our ‘Emirates Fresh’ specialised solutions for transporting temperature-sensitive, perishable goods such as vegetables, fruit and flowers,” said Emirates SkyCargo manager Emmanuel Museniwa.

In the same period, Emirates also recorded an increase in imports, carrying 2,482 tonnes of general goods, including pharmaceuticals.

In the last year, Emirates flew 155,023 passengers on the Harare-Lusaka-Dubai route.

Emirates launched its service from Harare in 2012 and operates state-of-the-art Boeing 777-300ER aircraft on the route, each of which can carry 360 passengers and 25 tonnes of cargo.

Globally, Emirates carried over 59 million passengers on its 3,700 weekly passenger flights in 2018. The airline served more than 66 million meals on its flights from Dubai to its global network of 159 destinations.

Emirates operated over 192,000 flights with its fleet of 274 aircraft last year.

Emirates has been inspiring travel and facilitating trade between Zimbabwe and the world since 2012.

Its daily flights from Harare and Lusaka to Dubai connect Zimbabwe to 159 destinations in 85 countries/territories.

Customers benefit from a generous baggage allowance of 15-35kg in Economy Class, 40kg in Business Class, and 50kg in First Class.

This is especially helpful for those who travel for business. Customers also can check their baggage allowance, including the estimated cost calculator for excess baggage, check their flight status and even subscribe for mobile flight status alerts online.

Passengers on Emirates flights can stay in touch with SMS, email and phone connections in every seat.

Emirates prides itself in offering a wide range of online services including online check-in, and the ability to pre-select seats and request special meals based on specific dietary requirements.

On the ground, Emirates connects millions of people each year through its other operations including Emirates Holidays, its destination marketing arm, and tour operator Arabian Adventures.

There are 195 Zimbabwean nationals employed by Emirates, including nine pilots and 33 cabin crew.