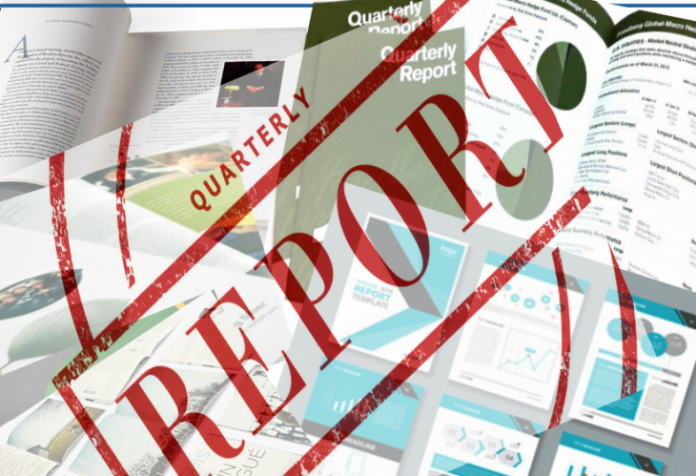 HARARE – (FinX) Listed companies will now either issue a trading update or seek an extension on the mandatory quarterly reporting as part of a compromise the Zimbabwe Stock Exchange has reached in the absence of IAS29 guidelines from the Public Accountants and Auditors Board.

The new ZSE Listing Rules require listed companies to publish, first and third quarter accounts in addition to half and full year reports. The preliminary and interim results both have to be reviewed by the listed companies external auditors. Additionally, companies will have to explain in their preliminary reports why they failed to publish their results within three months of the reporting date.

At the same time, the PAAB last month gave a public pronouncement that factors and characteristics to apply Financial Reporting in Hyperinflationary Economies Standard (IAS 29) in Zimbabwe had been met. The public pronouncement covers the preparation and presentation of financial statements of entities operating in Zimbabwe for the financial periods ended on or after 1 July 2019.

ZSE chief executive Justin Bgoni told FinX that as part of a compromise, only for this year; listed companies can either issue a trading update or seek for an extension with the exchange to ensure compliance while awaiting guidelines from PAAB.

“For the quarter we have those two options while for interim and full year results, companies will have to ask for an extension,” said Bgoni who added that PAAB and markets regulator the Securities and Exchange Commission of Zimbabwe were in the know of the exchange’s position.

Delta has since issued its delayed trading update, which however did not contain revenue updates.

Listed companies had raised concern over the timing of the pronouncement from PAAB although more broadly was the concern on the cumbersome process of preparing a full set of results, which would not only require additional systems and staff but will result in an increase in audit fees.

While the Institute of Chartered Accountants Zimbabwe will issue a set of guidelines for IAS29 reporting in the next coming days, the main issue on the pronouncement was on the price index to use to restate financial statements especially at a time Government banned the publishing of the annual inflation rate. IAS 29 recommends that entities in the same hyperinflationary environment use the same general price index for adjustment. However, this is just a recommendation and not prescribed. Entities would need to make an assessment of the index which they will adjust their financial statements by, with some already considering using the exchange rate index.

Zimbabwe was previously classified as a hyperinflation economy for accounting purposes as early as 2003 and IAS29 provisions were applied.  Criticism at that time was that the use of IAS29 at that time was ineffective as the requirements did not result in actual capital maintenance in units of constant purchasing power since that can only be achieved with following all changes in the general price level; i.e., at least daily changes. Commentary at that time noted that: “The ineffectiveness of IAS 29 was clearly demonstrated with its implementation during the final 8 years of hyperinflation in Zimbabwe. IAS 29 had no positive effect in Zimbabwe: the Zimbabwean economy imploded on 20 November 2008 with implementation of IAS 29. Seems no one understands those figures”

There were also concerns over the requirement that directors publish their fees and salaries, a directive which is difficult to enforce in a country where public officials’ salaries are not made public. Bgoni said the matter was still under consideration.