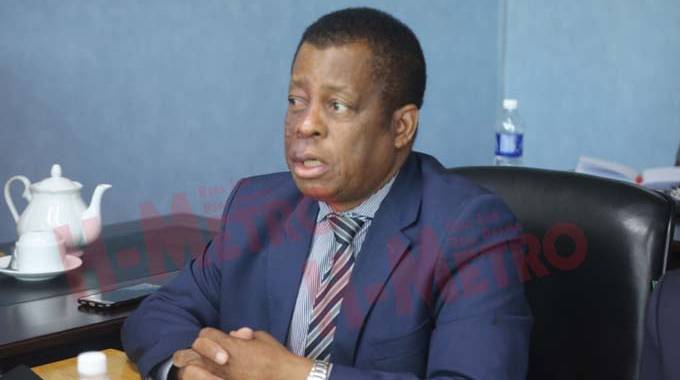 He resumes work with immediate effect.

President Mnangagwa suspended Gata, who was facing six charges of corruption and gross misconduct, to pave way for investigations into the charges.

Gata and his entire board were suspended last month.

He will, however, carry on with his duties despite facing two other charges.

The board which instituted the labour action against Gata will also carry on with its mandate, the chief secretary to the President and Cabinet Dr Misheck Sibanda said in a statement.

Gata was facing six charges ranging from allocating six vehicles to himself, authorizing the expenditure of US$10m for Christmas parties in Hwange and Kariba without board approval, unilaterally installing solar equipment at his Borrowdale house and setting up a Trust called ZESIT to undertake several Zesa projects.

ZACC had not concluded investigating the other two allegations including interfering with disciplinary proceedings against Norah Tsomondo, the Zimbabwe Power Company (PVT) Ltd company secretary and authorizing the payment of ghost employees and his personal workers on the Zesa payroll under the misrepresentation that they were employed by the authority.

President Mnangagwa suspended Gata on August 6 before the dismissal of the then former Energy Minister Fortune Chasi who was the complainant in the probe.

Dr Sibanda said ZACC investigated the Gwanda Solar project, Mutare Peaking Plant project, Chasi’s conduct in his dealing with Zesa as well as other corrupt deals that involved officials from the Ministry of Energy and Power Development.

New energy minister Soda Zhemu has also been ordered examine corporate governance issues that have been raised in the ZACC interim report and present his recommendations to President Mnangagwa.