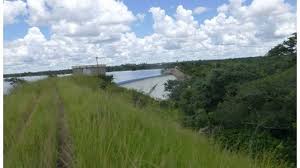 HARARE – The long overdue construction of the Kunzvi Dam is set to begin after the government has invited bids for its construction.

In a statement the Ministry of Lands, Agriculture, Fisheries, Water and Rural Resettlement, the construction is set to begin with a compulsory site visit by bidders in March 2021.

“Kunzvi Dam is located on the Nyagui River where it forms a boundary of Goromonzi and Murewa District in Mashonaland East Province,

“Tender are invited from established and experienced contractors who are registered with the Procurement Regulatory Authority of Zimbabwe for the construction of Kunzvi Dam and in line with Public Procurement and Disposal of Public Asset Act together with Statutory instrument 5 of 2018,” read the statement.

A feasibility study for the much-awaited US0 million project has already been completed. www.beoutq The construction of Kunzvi Dam has suffered numerous setbacks since the 1990s, with many bidders failing to land the multi-million-dollar contract.

In 2005, then President Robert Mugabe’s government advertised for offers to partner it in the construction of the dam but this also failed to attract any. عمر سواريز لاعب برشلونة

Presenting the 2021 National budget the Minister of Finance Mthuli Ncube said the country is negotiating with the China Eximbank for the funding of the dam with the government setting aside ZWL250 million for the same project. تحميل برنامج الماتش

Commenting on the move by the government, the Harare Resident Trust (HRT)Director Precious Shumba said the move is a welcome development and hope that the government will follow through on the project.

“We are encouraged by the move to advertise the tender by the government at least there is movement in the project, a project which was in the pipeline for a long time,

“The residents have been suffering with only 40% having access to water through City of Harare while the 60% had to struggle for water. This is a welcome move which we hope will not be used for political expedience,” said Shumba.

Kunzvi Dam which is expected to produce 250,000 cubic meters of water for the city daily is set to be built at the confluence of Nyaguwe and Nora rivers in Goromonzi District. It falls in a different catchment area from Chivero, Manyame, Seke and Harava dams that derive their water from Manyame River.

The Zimbabwe National Water Authority (ZINWA) then Department of Water Development proposed the idea of the construction of a new reservoir on Nyaguwe River to serve Harare and its satellite towns in 1996.

Harare serves over 2.5 million residents water and an additional 2 million residents from neighboring town requiring 1200 megalitres a day. The 4 reservoirs Harava Dam, Seke Dam, Lake Chivero and Lake Manyame located on the Manyame River greatly suffer from pollution and the construction of Kunzvi dam is expected to ease the perennial water challenges faced by the city and the satellite towns.