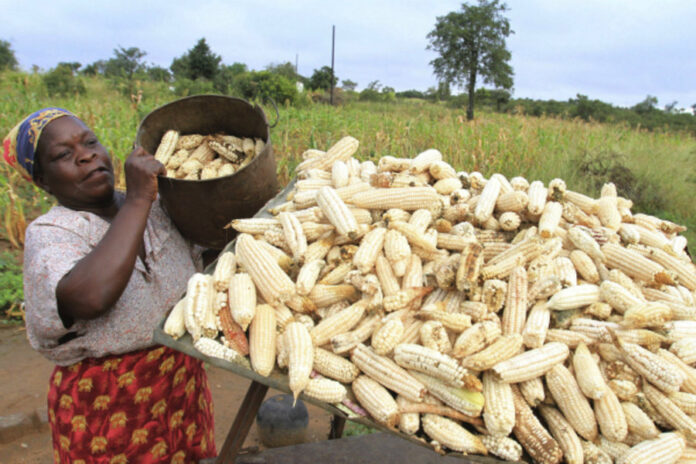 The government has set the pre-planting producer prices for strategic commodities for the summer season of 2022/ 2023 in US dollars with maize set at US$335 per tonne in a new pricing model, which it says is consistent with achieving food security and macro-economic stability.

The prices were announced earlier today by the Minister of Lands, Agriculture, Fisheries, Water and Rural Development, Anxious Masuka and Finance Minister Minister Mthuli Ncube, who stated that the viable pre-planting producer price will encourage farmers to commit more land to strategic crops.

Government proposed a price of US$335 per metric tonne (MT) for maize and traditional grains purchased at the Grain Marketing Board (GMB). For soya bean and sunflower, it set prices at US$597, 59/MT and US$687,23/MT, respectively.

GMB and the Cotton Company of Zimbabwe, Masuka said, would only purchase strategic commodities financed under the Presidential Inputs programme as well as by self-financed farmers, while GMB may also purchase grains from contractors.

“All contractors including the Food Crop Contractors Association, CBZ Bank, AFC Bank are obligated to buy back contracted crops at market prices,” he said.

“Self-financed farmers will sell to the best advantage of the market or to GMB and Cottco. GMB will provide commercial warehouse receipt services to grain contractors. Government will issue a statutory instrument that mandates private players to provide returns on storage grains to be able to track national stocks of maize and other grains,” he said.

The ministers said the price determination was based on the approved pricing policy which uses a standardised maize production model, cost-plus pricing model, an average yield level of 5,5MT/hectare and a 15% margin above break-even price.

The import parity price for maize and traditional grains is US$330 to US$458 per metric tonne, respectively. The major cost factor is fertilizer taking up about 48,6% of the total cost per hectare.

The import parity price for soya bean ranges from US$690 to US$744/MT.

The price determination for sunflower is based on a 15% margin on the marketing price for soya bean to hedge sunflower farmers against yield differentials.

On cotton, the 2022/23 pre-planting producer prices are US$0,40/kg for grade D cotton, US$0,41 for grade C cotton, US$0,43/kg for grade B and US$0,46 for grade A cotton. Farmers have been getting 75% of their payment in United States dollars and the balance in local currency following the declaration of cotton as an export crop by the central bank.