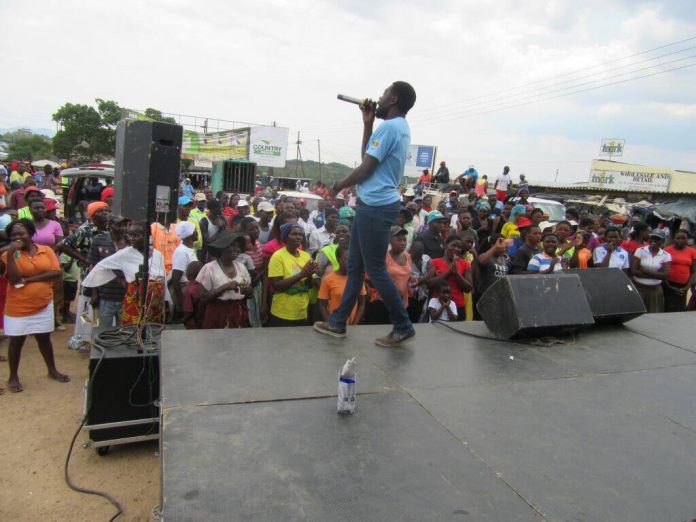 Villagers in Hwedza will this Christmas experience a once in-a-lifetime opportunity to see some of Zimbabwe’s top musicians when Hwedza South legislator Tinoda Machakaire hosts a bash at his rural homestead.

It will be a double celebration as the folks celebrate the appointment of Machakaire as Youth Affairs, Sport, Arts and Culture.

The youthful politician has all to celebrate as 2019 was an eventful year for him and the people in his constituency.

Machakaire was early this year named among the list of corrupt politicians by Zanu PF Youth League before being cleared of the same allegations by the same wing.

He was later appointed deputy minister by President Mnangagwa.

In that light, the event, which will be held annually, will be jointly hosted by the ministry which has transformed it into an arts festival.

Machakaire told a youth gathering recently in the constituency that the party was a thank you to the people who voted for him.

“Hwedza South has been very supportive to me and despite all the projects we have lined up in the constituency we have to dance.

“Even in the Bible people would dance and sing when they have all to celebrate,” he said.

Musicians billed to perform at the bash have also pledged to give the rural folk in Hwedza a pleasant festive season.

Macheso’s publicist Tich Makahamadze said it was good that the event came at a time when Machakaire was appointed deputy minister.

“His understanding of arts industry is high and we are happy that we can interact talk to him our concerns as the arts fraternity at any given time. We have been performing at this event all these past years,” he said.

All eyes will be on Mambo Dhuterere who has hogged the music industry with his songs that being played almost everywhere in Zimbabwe.

He has to prove his mettle among the music elite in the country.

Collaborations will be in abundance as Freeman will be performing his duet “Ngaibake” with Macheso while Dhuterere will perform his song “Weumbambo” with Mathias Mhere.

Jah Prayzah has a song with Mhere and they are expected to thrill fans with their collaboration.

Several side events are lined up this festive season.