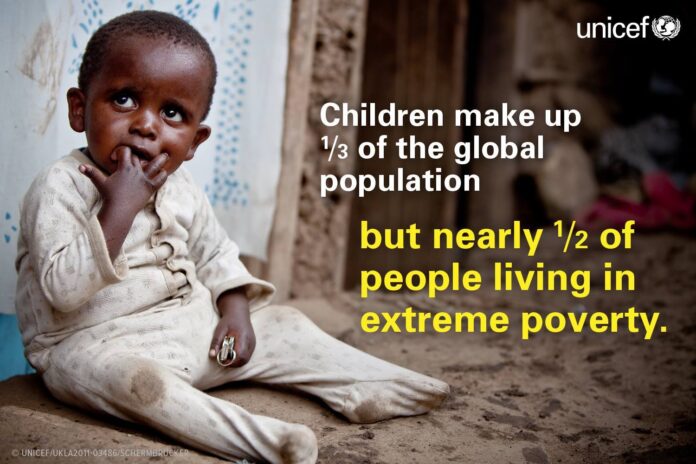 Despite being endowed with some of the best natural resources, a latest UNICEF report has named Manicaland as the hardest hit with child poverty in Zimbabwe, The Anchor can reveal.

In a report titled: “Zimbabwe Child Poverty Report 2019: An analysis using the poverty, income, consumption and expenditure survey”, the global organization concluded together with Zimbabwe Statistics Agency that Manicaland had challenges with child poverty.

The survey, however, noted that child poverty was unevenly distributed in Zimbabwe.

“More than 67 per cent of the poor children in Zimbabwe are found in six highly rural provinces; Manicaland, Masvingo, the three Mashonaland provinces and Midlands.

Nyanga, however, has a relatively low density of children, and despite the high rate of child poverty there, as only eight per cent of Manicaland’s poor children live in Nyanga.

Buhera and Chipinge districts together account for almost 39 per cent of the province’s poor children, while Makoni and Mutare Rural (16 per cent each) also contain high numbers of poor

Nearly 86 per cent of children in rural Mashonaland Central province live in a poor household, and more than 60 per cent are in a household where monthly consumption expenditure is lower than the food poverty line.

The poverty gap and severity indices also show extreme shortfalls in per capita consumption expenditure (poverty gap) below the poverty line, and an inequitable distribution of well-being among poor families (poverty severity) with children.

By contrast, in urban areas of Mashonaland Central, poverty among children is lower in percentage terms than in any other province, except Bulawayo and Harare.

According to UNICEF children account for half of the world’s extreme poor while 736 million people lived below the extreme poverty line in 2015 – which is 1 in 10 people in the world – many are children.

The organisation further notes that in sub-Saharan Africa alone, 247 million children are deprived of their basic rights while for children, poverty means being deprived in crucial aspects of their lives such as nutrition, health, water, education or shelter.

UNICEF further estimates that 2 in 3 children across 30 sub-Saharan countries suffer from two or more deprivations of their rights.