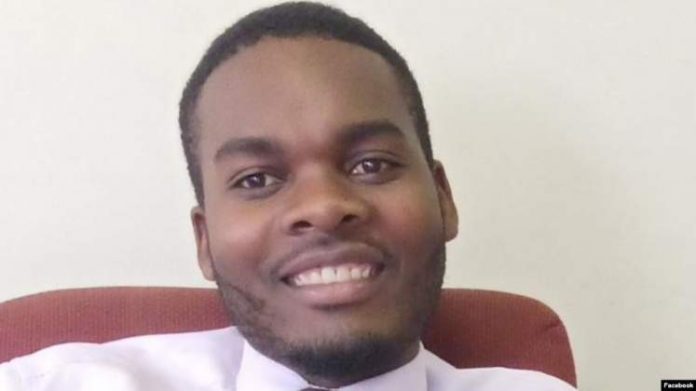 Former Zimbabwe Hospital Doctors Association president, Peter Magombeyi, was forced out of the organisation after colleagues reportedly lost confidence in the controversial junior medical practitioner, it has emerged.

Sources within the medical fraternity revealed that internal politics, suspicions of underhand funding and loss of focus led to doctors forcing their leader into his untimely resignation.

They said Magombeyi, who in September last year led junior doctors to a crippling national strike, had lost his colleagues’ trust after failing to return to Zimbabwe when he traveled to South Africa.

Magombeyi was allegedly abducted by state agents and dumped a few days later outside Harare and hospitalized in South Africa.

Government, however, distanced itself from the abduction although the civic society claimed that he had been seized by state security agents.

He, however, announced his resignation from the ZHDA on Monday morning claiming person reasons.

Nevertheless, junior doctors interviewed on conditions of anonymity revealed that Magombeyi was under pressure from his colleagues to relinquish the influential position.

“Internally, he faced a lot of criticism from his colleagues for becoming too political in the sense of opposing government,” they said.

The doctors said there was also a general belief that Magombeyi was being funded to tarnish the government’s image.

“Even though no one has real evidence that there was a hand sponsoring him, it appears it is a common secret among our peers that he was being funded for all that he did,” the doctors said.

ZHDA members are also reportedly miffed that Magombeyi remains holed up in South Africa after benefiting from their cause.

“Remember, it took some effort for him to be allowed to travel to South Africa, ostensibly, to seek medical attention, but has never set foot in Zimbabwe since then.

“The doctors are not happy that Magombeyi used their plight as a stepping stone to his own endevours. They actually feel that he used the organisation to further his ambitions,” they said.

The doctors’ strike, which was also joined by some senior members of the profession in solidarity with Magombeyi, has subsisted since September last year.

Only a handful of doctors have returned to government hospitals since the beginning of the strike.

Meanwhile, Magombeyi’s resignation is with effect from January 24 this year.

“I regret to inform you that I am resigning from my position here immediately as the president for ZHDA for personal reasons.

“I do not intend to inconvenience you with this news, and I hope you will accept my most sincere apologies in making Friday, the 24th of January 2020, my last day as the president of the aforementioned association,” Magombeyi said in the statement.

He expressed his gratitude for the opportunities ZHDA has provided him.

“Working with you has been incredibly instrumental in my personal growth and I will never forget the struggle we go through everyday trying to come up with a functional health delivery system that benefits all Zimbabweans and our welfare as doctors,” he said.