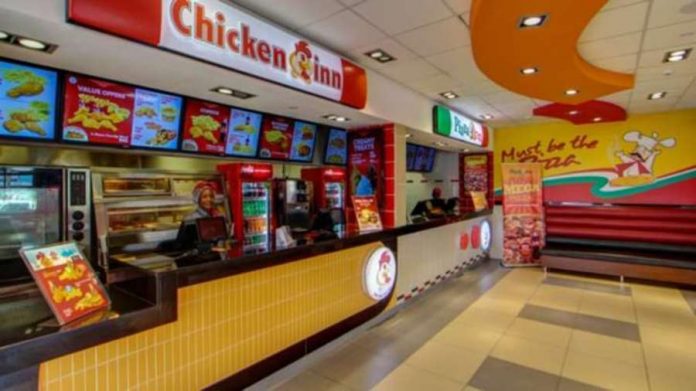 HARARE – New stores and increased footfall in existing stores saw Simbisa Brands increase its total customer count in the first quarter to September by 36.2% to 14.38million.

According to the group, the store count increased to 611 in September from 541 in the comparable year ago period.  The group also introduced value menus in the period and some promotional activity, which helped to boost its footfall.

As a result of this, group performance was “remarkably well, despite the economic headwinds.” In a trading update, the group said to ensure the business remains resilient to the new challenges faced, it initiated a pricing strategy that resulted in menu price increments executed in a minimal and phased approach to mitigate the
impact on customers.

“The strategy aimed to increase prices as much as necessary to hedge against the effects of inflationary pressures while ensuring the business remains price-competitive in a price-sensitive environment.”

In terms of operations, Simbisa said Zimbabwe’s counter trading hours were still 52% below capacity, but a relaxation in trading restrictions, enabled the operations to grow customer counts by 46.3% in the period against prior year. “Growth in customer counts was supported by successful promotional activities and value offerings implemented during the period under review.”

The total number of deliveries increased by 64.3% in Q1 FY 2023 versus
the prior year comparable period. Revenue per delivery grew 59% year-on-year. “The delivery segment was a key focus area to increase delivery capacity by scaling operations across the country by acquiring bikes and increasing the number of call centre agents.”

The Zimbabwe operations opened 26 counters between 30 September 2021 and 30 September 2022, with three new counters opened in the quarter under review to close the period with 263 counters.

Customer counts in the regional business increased 15.9% against  prior year, on the back of promotional activity and the resumption of trading at full capacity in Kenya, versus the prior year period in which the market’s trading hours were 20% below capacity.

Regional markets, except for Ghana where real average spend fell year-on-year due to the sharp depreciation in the local currency.

Regional deliveries dropped by 3% in Q1 FY2023 versus the prior year period, mainly weighed down by Ghana, which continues to be impacted by reduced consumer disposable income due to the economic challenges being faced in the market.

In Mauritius 6 counters were closed as part of the consolidation and restructuring exercise, which was completed in Q1 FY 2023. In the quarter under review, 15 new counters were
opened in the Region to close the period with 285 company-operated outlets and 348 outlets, including franchised Regional operations.

Going forward, the group said it has a substantial investment pipeline, with 180 potential projects identified over the next two financial years, will drive growth and unlock
shareholder value. The primary growth markets in the short to medium term will be Kenya and Zimbabwe.

“In the short to medium term, the focus will remain on growing revenue streams from the delivery segment through scaling operations and improving the customer experience.”

The group also said it had developed a dedicated Pizza Inn Application. This
has been rolled out in Kenya, Mauritius and Zambia to date, and a strategic decision was made to transition the Pizza Inn experience to deliver exclusively on the Pizza Inn and Dial-a-Delivery Platform in Kenya, effective 1 September 2022, with the service being made available in Mauritius and Zambia from November 2022. “Establishing this premier Pizza delivery service will bolster delivery revenue streams to Simbisa operations through the growth of Pizza Inn delivery volumes and enable improvements to be made on service and product quality to  customers.”

Mash Holdings rent collections drop to 70% in April due to...