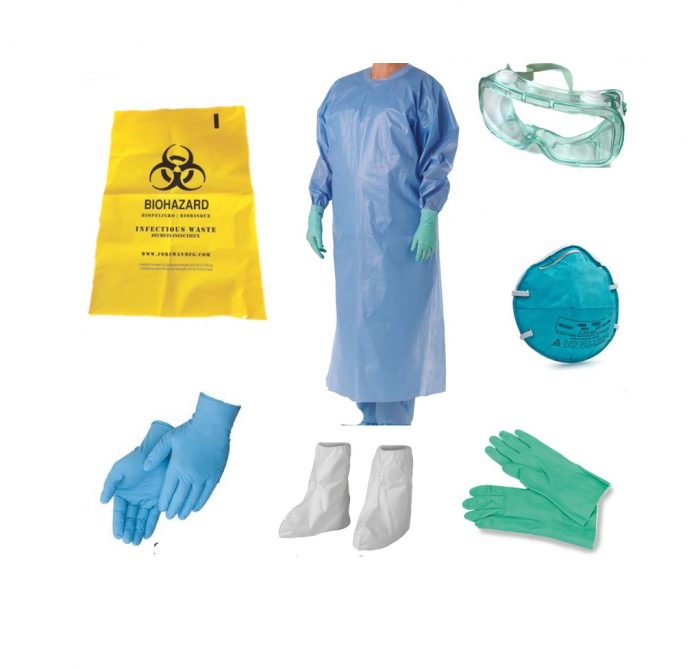 Allegations of serious corruption activities among senior government officials could derail government’s efforts to rope in local industry to manufacture Personal Protective Equipment to fight the spread of the COVID-19 virus, it has emerged.

Zimbabwe has, seemingly, been dealt a fair hand with cases still marginally low compared to other Southern African countries with 37 cumulative cases recorded so far.

However, government, under pressure from health and medical professions to provide the PPEs, has been forced to reach out to Zimbabwean companies to manufacture the equipment.

It now seeks to acquire 100 million requirements of detergents, surgical and medical sundries for the country’s hospitals and health institutions.

To speed up the process, government engaged two local firms with a proven record of manufacturing PPEs – James North (Harare) and Security Mills (Bulawayo) – to provide the equipment.

This has, however, opened some floodgates for corrupt activities with government officials allegedly either frustrating engagement of the local companies in favour of imports where kickbacks are possible.

The officials are also allegedly delaying payments, tipping off middlemen to have their documents in place and working with foreign companies who could have an advantage over the local industry.

One of the loopholes emerging is on the 24-hour tenders being issued for supply of the goods.

There are further allegations that some donated goods including those from Jack Ma could have been diverted onto the parallel market or middlemen by the officials.

Close government sources fingered officials from the Ministry of Health and Child, Ministry of Industry and Commerce and the National Pharmaceutical Company.

“Government through the ministries of Finance and Economic Development, Industry and Commerce and Health and Child Care raised US$21m for local production of the PPEs.

“So ministers Professor Mthuli Ncube, Dr Sekai Nzenza and Dr Obadiah Moyo approved US$7m each in principle for PPE orders for James North in Harare and Security Mills in Bulawayo,” the sources said.

The two companies – James North and Security Mills – have a long history of producing PPE.

“This was done under the auspices of the President’s Emergency COVID-19 Taskforce and invoices for the PPEs were requested to be pushed through to support industry,” the sources added.

Government, after noticing the possible disaster, reportedly deployed officers from the Zimbabwe Defence Forces to manage the procurement of PPE.

The Ministry of Higher and Tertiary Education, Science and Technology Development had engaged universities and other tertiary institutions for the production of PPEs.

This initiative has, however, failed to yield enough stock in light of concerns raised by medical professionals across Zimbabwe.

According to documents gleaned by The Anchor, Security Mills quoted government US$7,3m for the delivery of 35 000 disposable coveralls, 30 000 cotton masks, 5 000 infrared thermometers, 35 000 face shields and 500 000 respirators.

“However, these efforts to frustrate these companies and delaying payments is going to deprive the local industry of necessary funds to expand their manufacturing capacity.

“It would essentially allow a Chinese solar company to import PPE at the expense of the public purse,” the sources said.

They are also accused of delaying payment of the invoices to James North and Security Mills.

Sibanda, who is allegedly close friends from Bulawayo with Sifeku and Makombe, are allegedly pushing for Satewave Technologies, a Chinese-based solar company to supply the PPEs.

“The officials are working in cahoots to slow down the funding process completely. They are pushing for Satewave Technologies, a Chinese based solar company, to win this tender for reasons unknown,” the sources said.

Sibanda allegedly hooked up with officials from Satewave when she attended college in China.

“We want them to buy the right things at the right prices, most preferably from local manufacturers. We are part of the material productions sub-committee and we only recommend companies that we know can meet the standard,” she said.

She also dismissed any links to Satewave Technologies.

“This company is just one of the many companies that are participating in the tenders. It’s not the only one. There are many. I only got to know about it in the last two weeks. I have minimal information about them. I don’t know why their name is being brought up,” Sibanda said.

“We can’t be involved because if there are challenges as you are suggesting then we become part of those challenges, so we are not involved.”

She also confirmed that this was being done under NatPharm adding that it was the ministry’s procurement arm.

“There is a push for local manufacturers to be contracted and all the regulations are being followed under the guidance of Procurement Regulatory Authority of Zimbabwe,” Dr Mahomva said.

She said companies facing any challenges should proceed and approach Natpharm directly for clarity and on how they can get assistance in unlocking the bottlenecks.

Meanwhile, the NatPharm acceptance list for tenders in our possession reveals that companies engaged to the supply and delivery of detergents, medical and surgical sundries are dominantly from China, Turkey, Malaysia, India and South Africa.

Only a handful companies are from Zimbabwe.

This also comes amid recent reports that the President’s COVID-19 Taskforce had no idea where the PPE stocks were being held.